artistic director carol burns QTC STAGE AND SCREEN LEGEND by Caroline Russo | on December 22, 2015 | 0 comments | in tribute | Like it 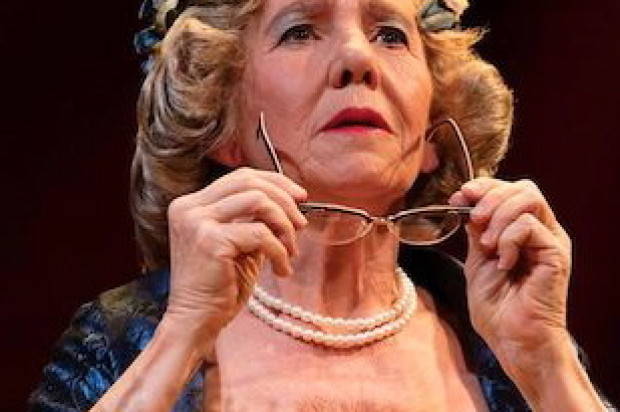 Today the spotlight on stages around Australia will shine a little less brightly with the news that Carol Burns, one of the country’s finest actors has passed away after a short battle with cancer. She was 68.

Her partner of 36 years, composer and musician, Alan Lawrence was at her bedside as she passed at Brisbane’s Princess Alexandra Hospital.

A long-time member of the Queensland Theatre Company family, and lead actor in so many plays staged over the years, Carol Burns was one of Queensland’s shining stars and a much loved film and television actor, perhaps most famously known for iconic role as Franky Doyle in the famous television series Prisoner, for which she was awarded a TV Week Logie Award for Best Lead Actress. She was revered as the matriarch of stage and screen and was a committed arts activist.

“Carol was a legend of the Australian and Queensland stage, and it is tragic that she has been taken away from the audiences she captivated, as well as from Alan and her family. I was lucky enough to be welcomed to Queensland personally by Carol only a few weeks ago and in that moment I was privileged to experience just a taste of the warmth and inspiration she has provided to generations of artists. Our thoughts and sympathies are with Alan and Carol’s family,” he said.

QTC Executive Director Sue Donnelly added, “All the staff, artists and board members of QTC are greatly saddened by Carol’s far too early departure from this world. She was one of the greats of Australian theatre and QTC was incredibly fortunate to have her grace our stages on many occasions, most recently in the extraordinary portrayal of Winnie in Happy Days. Even though she was ill at the time Carol was insistent that the show go on and everyone was transfixed by this monumental performance. Carol was a generous, caring and friendly person who made everyone feel instantly at ease. She was also a true fighter for the arts industry and her contribution will be remembered far and wide. We will miss her so much.”

Carol Burns began her professional career as a founding member of the Queensland Theatre Company in 1969 and went on to star in numerous productions including I Want To Know What Love Is, Design for Living, Elizabeth; Almost By Chance a Woman, Pygmalion, Cat on a Hot Tin Roof (co-production with Black Swan State Theatre Company), The Clean House, Rabbit Hole, The Female of the Species, The Glass Menagerie, Private Lives, Oedipus, The Goat or Who is Sylvia?, The Real Inspector Hound, Black Comedy, A Conversation and Bill & Mary.

She had always been a favourite with QTC patrons and received rave reviews this year for her most recent leading role in Samuel Beckett’s Happy Days – a role that involved an incredible amount of skill and stamina.

Carol worked with both the Sydney and Melbourne Theatre Companies and the State Theatre Company of South Australia, plus La Boite here in Brisbane and a host of others.

Not only was Carol an extraordinary performer, she was also an irrepressible leader in the arts community in her roles as Associate Artist of QTC and Queensland Arts Council/Artslink; Patron of The Independent Theatre (Eumundi) and Fame Theatre School (Brisbane); a member of Actors Equity since 1973; President of Actors Equity Queensland; and a member of the National Performance Committee.

Carol championed artists in need through her role as Vice-President of the Actors’ & Entertainers’ Benevolent Fund (Qld) Inc.

To say she will be missed is an understatement.