“This is the album of an artist approaching his peak, one who knows his past and knows how he wants to shape his future.“ – The Music

Tuka – one third of acclaimed hip hop heroes Thundamentals – today releases his third solo album – “Life Death Time Eternal” – available here. In addition to his appearance at Splendour In The Grass 2015, the Australian rapper and songwriter also announces a string of national tour dates for October & November during which fans will be able to hear songs from L.D.T.E performed live. Details can be found here.

Remarkably, the LDTE Tour is Tuka’s first ever Headline run. No stranger to the stage as a solo artist though, he supported Kendrick Lamar on his debut Australian tour in 2012 and has also toured Nationally with local legends Seth Sentry and Illy as well as the nationwide Groovin The Moo Tour in 2013. More recently Tuka joined Horrorshow on their ‘Listen Close Tour’ which saw both bands play stripped and acoustic arrangements of their material and Tuka showcase some of the material from LDTE for the first ever time. For this run though, Tuka is taking things to a whole new level, touring with a full band to bring his new album to life in a live capacity.

Recorded over a nine month period and aided by co-producers Countbounce (of TZU fame), Alex Hope, Nic Martin and his Thunda mate Poncho on various tracks, LDTE is an album invokes a certain feeling of fearlessnesses that could almost suggest that this is Tuka’s debut rather than his third solo offering. You can sense it instantly in the cinematic opening of the title track, the simmering R&B of ‘Tattoo’ and the digital rap beatdown of ‘Yeah Right’.

As its title suggests it explores some pretty epic themes. On the opening title track, Tuka contemplates life, religion and his own spiritual path, while ‘My Star’ channels a touching tribute to his future child to come. Elsewhere, ‘Everything’ busts the hip hop myth of gold chains and grandeur, a sharp contrast to ‘You’, which plays with the animal attraction in us all over an unashamedly sexy jam.

“I wanted this record to challenge people’s perceptions of me as an artist. When it comes to style, ‘Oz hip hop’ can have a stereotypical sound and I didn’t want to be limited by rules. I wanted to show that I’m more than a 16-bar rapper and that I don’t need to hide behind anyone else’s voice anymore. I guess I’m just trying to be honest with myself. After all, true hip hop is about self expression.”

The inspiration for this can be traced to the success of his group Thundamentals’ most recent record ‘So We Can Remember‘, released last year. By all measures, it was a smash – peaking at #3 on the ARIA Album Charts, earning ARIA Award and J Award nominations and landing three songs in the triple j’s Hottest 100 poll (‘Something I Said‘ at #30, ‘Quit Your Job‘ #78, ‘Got Love‘ at #90).

“Since then, I feel like my songwriting has really hit a whole new level,” he says. “Thundas’ achievements have given me so much positive energy, I feel rejuvenated and re-inspired.”

LDTE is a body of work that heralds the coming of age of a unique voice in Australian hip hop – a deeply personal and heavily themed record – bold, melodic and unafraid to colour outside of the lines. 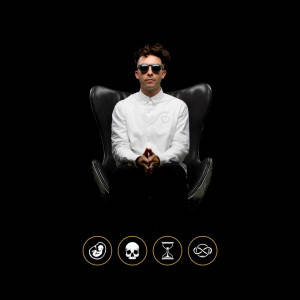