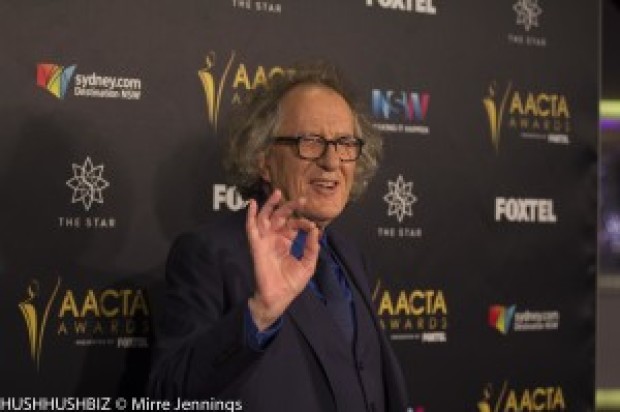 The AACTA awards kicked off Monday 5th at The Star Casino which brought in all the film and TV Industry. Geoffrey Rush Chairman of the AACTAs was in good humour when he arrived and was one of the presenting guests. Television’s leading actress Danielle Cormack commented on the red carpet arrivals “I love how Australian TV is now more complex, characters have gone from being one dimensional to actual people that represent actual Australians.” She continues to say she “enjoys how Australians recognise themselves through these characters.” Danielle also told us to keep an eye out on her this 2017 as she has a lot of bigs things coming up!

The MC’s who returned from last year were the comedy duo Kitty Flanagan and Tom Gleeson. The pair hilariously took to the stage to inform everyone that they were able to cut loose and say whatever they pleased as it was a non-televised event. The jokes were quick witted and were not suitable for broadcast which added to the occasion. 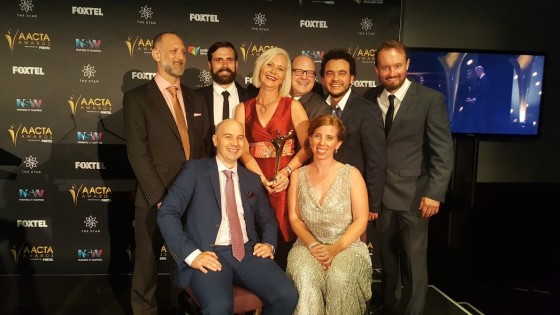 Hacksaw Ridge that was filmed in Sydney, is tipped to be the favourite this year in awards wining circles, it took four awards for Best Editing in a Feature film, Best Sound, Best Original Music and Best Production Design.

Glenn Melenhorst and Ineke Majoor won Best Visual Effects for Game Of Thrones “Battle of The Bastards” In order to get the job they jumped through several hoops to prove they were up to the task . Glenn also said “when I found out Jon Snow was still alive, I had never held a secret so deeply for so long in my life.” (A year.)
Peter Duncan Director and Writer scoped the final award for the hit series everyone favourite drama “Rake”, in addition the series also won best sound.
He explain how Rake is a “dramedy” stating “if we have a really sad scene, we need a really funny scene to balance it both.” and how drama and comedy are always looked at as two completely different sides of a coin and that it’s refreshing to have something that mixes the two of them together. Duncan is proud of the standard of writing on the saga and that it has had a good shelf life due to the fact that they treat each season ” as if it’s the final season so they don’t jinx it and announced of Season 5 was confirmed. AACTA Awards will be telecasted on Channel Seven Wednesday evening at 8.30pm with many leading stars who be attending Mel Gibson, George Miller, Paul Hogan, and Isla Fisher who receive the Trailblazer award and husband Sacha Baron Cohen will be in attendance plus much more star studded industry stars.