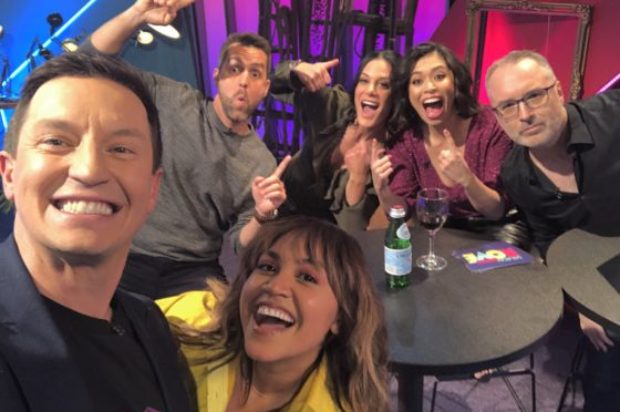 Rove making a comeback to his own TV show Saturday Night has received a lot of criticism from fans and former professionals who some have said to go back to the old format. In viewing the last 2 episodes I have to agree! It feels flat, not funny, and guests are not interesting nor are the sidekicks.

To have former Prime Minister who is so aggravating at the least Kevin Rudd was another mistake and found me in the fast forward mode as to most of the show. Comedian Judith Lucy as the voice-over does not work and has had bad feedback overall. Main comments are irritating! The ratings for the show showed that it failed with 138.000 in last week 2nd show episode.

IN the land of free TV the viewers are now in control to so much choice on streaming channels and are extra fussy on how time is spent in watching TV. In ratings, as they have come out today we see the top 16-39 entertainment show was on a multichannel 9GO!’s Friends, and the top 25-54 entertainment show was Nine’s film Twister.

*Primetime: 6.00 to Midnight, 5 City Metro Markets, Free To Air shares only [Subscription TV not included]. Share and audience data for channels ABC, 7, 9 and 10 represent network (aggregate) figures: they include all viewing to the broadcasters’ primary channel as well as SD and HD channels, whether the content is the same (simulcast) or different.

Dylan Mazurek
@dylanmazurek
·
Aug 26
Just streamed #SaturdayNightRove on 10Play.
1. I’m not sure which demographic this is aimed at?
2. Judith Lucy is obnoxious.
3. Stop with the camera shit!
4. A lot of cross talk between Rove/guests/Judith.
5. Need funnier people.
6. Seemed like nothing happened.