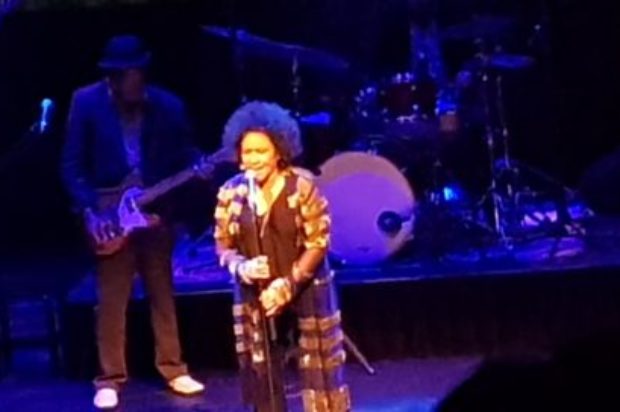 VIKA BULL IS HEART AND SOUL OF ETTA…… BRILLIANT

I was lifted to a musical high at the opening to the portrayal of one of the legends of our time songstress writer artist Etta James. Vika Bull and her band who are out of this world has presented this show to sell out shows throughout Australia, New Zealand and the UK, and tonight Brisbane was in delight to the brilliant performance of this musical performance and it was justified by the voice of Vika Bull.

It is a wonderful story telling through the heart and soul of her music and great list is featured in this show including Tell Mama, Something’s Got A Hold On Me, the heart rending I’d Rather Go Blind, her signature song At Last and with classic after classic.

Vika Bull, is one of Australia’s most respected, powerful soul singers, and was last here in 2013 with the show.

Her command on stage goes with an impressive career, having sung alongside some of the Australia’s most iconic voices John Farnham, as well as Paul Kelly, Tim Finn and The Black Sorrows, and supported world famous musicians Bob Dylan, Sting, Joe Cocker and Billy Joel.

“Etta James who passed in 2012 just days before her 74 birthday had a huge influence on Vika musical journey. Someone played her record to me when I had just started performing, and from then on I was hooked. She had a voice so powerful it could knock you over, and I just love her sassy cheekiness on stage!” says Ms Bull. This is displayed so well by Vika!

In the 1990s Etta became recognized as one of the first to bridge the gap between rhythm & blues, rock & roll and pop. She has since inspired the careers of a new generation of artists such as Christina Aguilera, Joss Stone, Amy Winehouse and Adele.
LOVE IT DONT MISS IT