ALL ABOARD AS AUSTRALIAN FILM FESTIVAL TAKES CENTRE STAGE

It’s full steam ahead for the 7th annual Vision Splendid Outback Film Festival, as the celebration of Australian cinematic talent returns to Winton, Australia’s Hollywood of the Outback this September 18 to 26.

At today launch at City Town Hall Mark Melrose spoke on how proud he was to be in the 4th year of the festival with the aid of Griffith Film School and Screen Queensland and other major sponsors. This year has been a challenge not doubt and has been a lot of hard work, but very excited to be presenting the festival this year.

Originally scheduled to be held in June, the event has been reviewed and will be held in line with the industry framework for COVID Safe Events in Queensland.
Movie buffs and adventurers alike will immerse themselves in a unique outback experience across an unmissable nine-day program, with screenings under the stars in Winton’s 102-year-old Royal Open Air Cinema and other venues as well as educational masterclasses and workshops, live entertainment, kid’s club and special guests such as renowned Producer, Chris Brown.

Centred around the 2020 theme ‘Planes, Trains and Automobiles’, the program celebrates Australia’s love affair with travel, adventure and blue skies, showcasing the nation’s pioneering spirit in films. From the highly anticipated world premiere of The Flood to Rachel Griffith’s Ride Like a Girl and family favourite, Go!, the festival includes something for everyone from young families to grey nomads and budding filmmakers.
Due to the devastating impacts of COVID-19, Vision Splendid Outback Film Festival will be the only large-scale event in Outback Queensland this year, providing a much-needed boost to the regional outback economy.

Festival Director Mark Melrose says the festival will bring life, colour and the best of the Australian film industry to the Winton community, at a time many small businesses and tourism providers are struggling.

“The festival has faced unprecedented circumstances this year, so more than ever before, we’re excited to bring the largest film festival dedicated to Australian cinema to Winton and Outback Queensland locals and travellers. 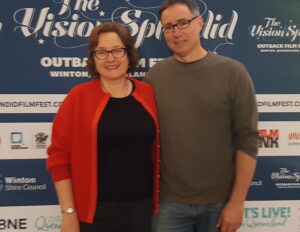 “There is no better time to support local and plan an adventure in our own backyard. The festival not only showcases the persevering Australian spirt on-screen, you also get to experience the beauty and hospitality of our breathtaking outback regions,” he says.
Drawing on the legacy of independent festivals like Sundance Film Festival, Vision Splendid is the largest film festival in the world dedicated to Australian cinema and looks to highlight the inspiring works of the local film industry. 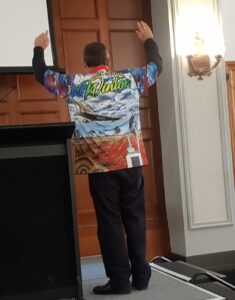 Creative Director and Curator Greg Dolgopolov says the diverse festival program will feature some of the Australian film industry’s brightest stars and up-and-coming talent.
“Vision Splendid Outback Film Festival looks to showcase and inspire people across the entire breadth of the film industry from cinematography and production to sound and lighting,” Mr Dolgopolov says.
“This year’s program will have something for everyone. From the world premiere of cinematic masterpiece, The Flood to family-friendly films such as Koko: A Red Dog Story and Legend of the Five, festivalgoers will be immersed in the best of the Australian film industry and abroad”.

The final festival program will be released on 12 August 2020. To find out more information or secure tickets for this unique experience, visit www.visionsplendidfilmfest.com

Locations: The main festival hub for screenings and Kids Club is the Royal Open Air Cinema. Additional screenings and events are held at the Sarah Wiley Theatre (TBC).
Cost: Free and ticketed events

Travel to Winton:
Fly to Longreach from Brisbane or Townsville direct with QantasLink. The airport is located approximately 180 kilometres from Winton.

Bus with the festival’s official partner, Bus Queensland. Coach services operate from Brisbane to Mount Isa and return, with a stop in Winton. To help you plan your travel, visit www.busqld.com.au or call 1300 287 537 for more information.