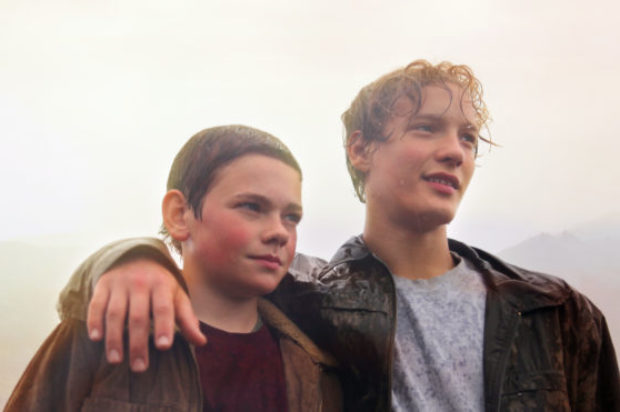 CELEBRATING THE BEST IN NORDIC CINEMA EXCLUSIVELY AT PALACE CINEMAS

The Volvo Scandinavian Film Festival (SCA17) is pleased to announce a sneak peak of its 2017 program. These highlights will form part of the specially curated program of films and events at Palace Cinemas, allowing audiences to delve into the iconic style of Nordic cinema from Denmark, Norway, Sweden, Iceland and Finland.

Norway’s official selection at the 2017 Academy Awards, THE KING’S CHOICE which is based on extraordinary true events. Erik Poppe’s commanding and full-blooded box office hit is set during a pivotal moment in World War II, when an unprepared Norway was invaded by German forces and their monarch presented with a terrible ultimatum.

Highly acclaimed Norwegian director, author and screenwriter, Sara Johnsen brings us ROSEMARI. In the middle of her wedding reception, the doubtful bride Unn Tove (Tuva Novotny, known for her roles in the Netflix series Nobel as well as film roles in A WAR, EAT PRAY LOVE, THE KING’S CHOICE) finds a newborn baby girl abandoned in the hotel restroom. Sixteen years later, a young and energetic girl shows up on her doorstep. Together they unravel a story about a young couple’s unrestrained love, an eccentric ex-boxer with a taste for erotica, and a mother covering up her life’s biggest secret.

From Norway, HANDLE WITH CARE by prolific commercial director Arild Andresen is a delicate
father and son journey. Kristoffer Joner (THE WAVE, SCA16) is Kjetil, a recent widower, now left alone to take care of his adopted son, Daniel. Unable to deal with his single parent role, Kjetil decides to bring Daniel back to his birthplace, Colombia, where they search for his biological mother.

From child prodigy to chess genius, MAGNUS is a lively documentary that explores how chess virtuoso Magnus Carlsen, the 26-year-old Norwegian, rose to become the World Chess Champion. In the intriguing documentary, Carlsen appears at Harvard University in 2013 to face off against 10 of the world’s greatest players in simultaneous games — and he does it blindfolded!

Get ready for the latest instalment of Denmark’s smash-hit Nordic noir series A CONSPIRACY OF FAITH. Described by the Los Angeles Times as “the darkest and most gripping screen adaptation of the Jussi Adler-Olsen novels to date”, this is the last of the trilogy which includes predecessors THE KEEPER OF LOST CAUSES (SCA14) and THE ABSENT ONE (2015). Directed by Hans Petter Moland, A CONSPIRACY OF FAITH delivers another police procedural featuring Department Q, a dead-end division dedicated to long-unsolved cases.

Shot entirely on location in Copenhagen, IN THE BLOOD follows a group of young men through a warm, sunny summer at a defining moment in their lives. Director Rasmus Heisterberg is known for writing the screenplay for THE GIRL WITH THE DRAGON TATTOO (2009) and A ROYAL AFFAIR (2012), but with IN THE BLOOD, he combines hand-held shots and dreamy summer sequences, along with subtle atmospheric music, to give a realistic picture and nostalgic feeling to this charming film.

A part of the tenth-grade curriculum at Danish high schools, ONE-TWO-THREE GO! is this year’s winner of the Public Prize at the Robert Awards (the Danish Oscars). Much like the noughties’ film A WALK TO REMEMBER (2002), ONE TWO THREE GO! is about young love put to the test in unimaginable circumstances. Starring Nikolaj Groth (THE ABSENT ONE, SCA15) and newcomer Clara Rosager, the chemistry between the two actors breathes life into this intimate, coming-of-age story.

Director and script writer Charlotte Sieling returns to features after notable success on TV with Scandi series including Emmy-winning Unit One, The Killing, BAFTA-winning Borgen and The Bridge plus U.S.Homeland. In THE MAN starring Jakob Oftebro (Volvo Scandinavian Film Festival 2016 guest) and Søren Malling, a world-famous artist is suddenly forced to confront his past when the son he never knew, who is a renowned graffiti artist, shows up at his studio.

Also starring Jakob Oftebro is FIPRESCI prize winner TOM OF FINLAND, directed by Dome Karukoski (HEART OF A LION, SCA14). The biographical drama stars Pekka Strang as Touko Laaksonen, better known as Tom of Finland, a Finnish homoerotic artist. The film paints an engaging portrait of a hugely influential figure in gay culture whose work is showcased in prestigious galleries, including MOMA in New York.

The winner of 26 international awards at film festivals since its release last
September, HEARTSTONE is an emotionally driven, beautifully crafted film that follows the lives of a group of youths as they explore sexuality and maturity over a summer in a small Icelandic village. Inspired by the director Guðmundur Arnar Guðmundsson’s own childhood, this intimate drama explores universal struggles within a closed environment.

Another tender coming-of-age story is Finnish drama LITTLE WING. Shot in a realist style, the story centres on the resourceful Varpu as she struggles between fitting in with her friends and her family. The feature debut of Selma Vilhunen, an Academy Award-nominated documentary filmmaker, Vilhunen based part of the story on her own longing for a relationship with her father, who passed away from mental illness. Using her documentary finesse, Vilhunen follows her young protagonist closely, creating a delicate character portrait.

The full program will be announced in June.