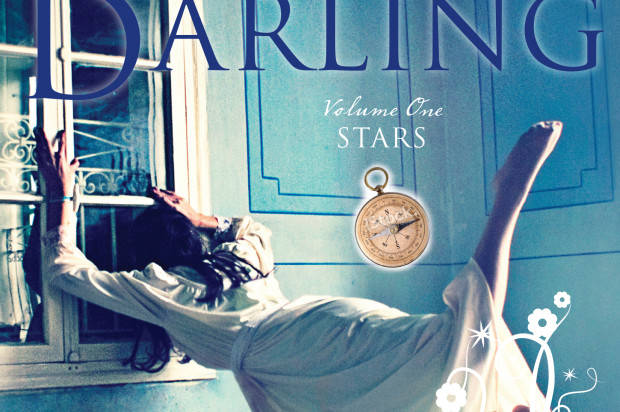 Wendy Darling is a sixteen year old girl in love with the bookseller’s son, Booth; a boy well beneath her social station. Though she’s old enough to have her own room, Wendy still sleeps in the nursery she shares with her younger brothers: fourteen year old John, and five year old Michael. Michael is a rascal as only a child so young can be. But John is… a problem. Distant and sometimes cruel, Wendy finds herself growing frustrated with John, and with the rest of her life.

When Peter Pan appears in their nursery in a shower of melting glass and mystery, Wendy can’t help but be drawn to the god-like boy, and the chance for adventure in a world without adults to tell her what to do and who to love. After all, they’ll be back before her parents even know they’ve gone.

The thrall of Neverland makes it easy to forget the world they’ve left behind, or perhaps it’s Peter, whose touch burns away all of Wendy’s hazy memories of cobblestones, a loving family, and the love of her life.

This isn’t the world you may have grown up with through Disney. In Stars, the first instalment of the Wendy Darling series, the heroic rascal and his magical home both have dark sides that could prove fatal to the Darling children. Oakes has created a darkly seductive world in her Neverland, and the growing sense of menace makes for an enthralling page-turner.

Fans of the original Grimm’s fairy tales will likely enjoy Stars. There’s a beauty to the darkness of the writing, and especially to the way Oakes deftly weaves danger into the paradise of Neverland. But it’s in her characterisation of Wendy Darling that Oakes truly triumphs

Wendy is an awkward and engaging heroine; a relatable character in a world she doesn’t understand. Though retellings of the story usually use her confusion as comedy; here, from Wendy’s perspective, is a young woman un-learning her old life and trying to fit in with her new one. Wendy is neither action heroine nor damsel awaiting her fate, and her confusion and struggles to adjust make her a deeply relatable character.

This is a breathtaking start to a series; a story with an ending to leave you desperate to read more. The only real criticism I can bring is that it’s going to be far too long before I can read the next novel.

Stars, the first of the Wendy Darling series, is available from leading bookstores nationwide, as well as online through e-retailers such as iTunes and Amazon. 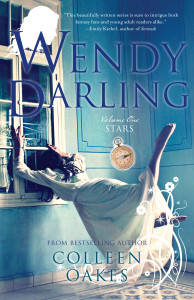 Rating: 4 and a half stars
Genre: young adult, action/adventure