WHO WANTS TO BE MILLIONAIRE QUEENSLAND 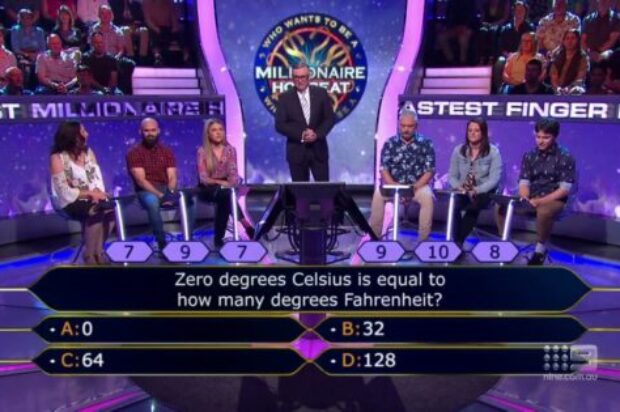 Millionaire Hot Seat to be filmed in Queensland

“In more than 20 years of making Millionaire, this is the first time we’ve taken the show out of Melbourne,” he said.

“I’ve always wanted to take the show on the road but it was never practically until now.

Host Eddie McGuire is eager to film in Queensland.

“I’m also looking forward to bringing all the news firsthand from the hub for Footy Classified.”

McGuire arrived in Queensland on Tuesday and said he was eager to begin filming as soon as his two weeks of quarantine was over.
“We have the semi-trailers coming with the set and fantastic views on the Gold Coast,” he said.

“The next thing is getting Queenslanders to sit in the hot seat and win some money.”

McGuire said the show would have additional questions about Queensland to set the scene of the relocation.

“We’d love a Queensland contestant to win big figures or pick up some money along the way to pay off credit cards and get ready for Christmas,” he said.

“It’s a fun day and you can walk away with a million bucks in your pocket.”
The relocation has been made possible with support from the Queensland government, including Screen Queensland, the City of Gold Coast and The Star.

Gold Coast mayor Tom Tate said this was a rare opportunity for Queenslanders to win some cash while the city was showcased.

“We are so blessed here in Queensland and the Gold Coast to be able to welcome TV and film productions as well as sporting teams to our city during this very tough time,” he said.

“When I got the call, I said immediately, ‘lock it in, Eddie’.”
Queenslanders can apply to be a contestant via Nine’s Millionaire Hot Seat page.
PHOTO CREDITS NINE