10th anniversary tour Brisbane season QPAC wicked announces by Caroline Russo | on May 28, 2014 | 0 comments | in Social Pics | Like it 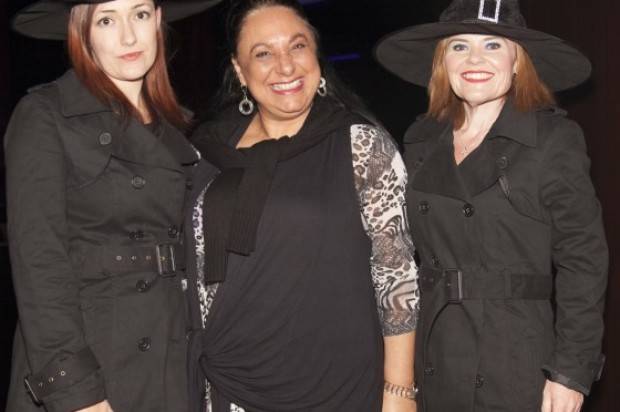 The award-winning musical theatre blockbuster WICKED is set to thrillify Brisbane audiences next year when it returns as part of the 10th Anniversary Australian tour. WICKED Australian Co-Producer John Frost today announced that the Brisbane season of WICKED will open at QPAC’s Lyric Theatre on 15 February 2015 for a strictly limited season, and tickets will go on sale on 23 June 2014.

“WICKED is a phenomenon and phenomenal.” Sunday Express, London

The hugely anticipated 10th anniversary tour opens in Melbourne next week and tickets for the Sydney season, which starts on 20 September, go on sale next Monday.

“I’m thrilled we’re able to bring WICKED back to Brisbane as part of its 10th anniversary tour,” said John Frost. “This is one of the most lavish musical productions to have ever toured Australia, the full Broadway experience. You can see every dollar spent on the magnificent sets and lush costumes, a feast for the eye and the ear. If you missed it last time, come and see WICKED for the first time, and if you have seen it before, I know you’ll want to come back and be spellbound all over again.”

Prior to their return to the Australian stage, this supremely talented cast recently completed their tour in Manila, the Philippines, where they received a rapturous response from sell out audiences. WICKED broke all box office records for the number of tickets sold in a week when it first went on sale in Manila in August. The Philippine Star said, “No amount of superlatives can capture what this decade-long, multi-award winner of a musical that originated in Broadway has to offer for its audiences,” as well as “The sets, stage effects, props and lighting design are spectacular, stunning — indeed, awesome, enhancing and providing the overwhelming ambience for the pompous splendour of the costumes.”

Broadway’s #1 show for an unprecedented ten consecutive years, WICKED has been declared “A Cultural Phenomenon” by Variety and “The Best Musical of the Decade” by Entertainment Weekly.

When WICKED opened on Broadway, it worked its magic on critics and audiences alike. Winner of over 90 major awards including the Grammy Award, three Tony Awards and six Helpmann® Awards including Best Musical, WICKED is the untold story of the witches of Oz. Long before Dorothy drops in, two other girls meet in the land of Oz. One, born with emerald-green skin, is smart, fiery and misunderstood. The other is beautiful, ambitious and very popular. WICKED tells the story of their odyssey, how these two unlikely friends grow to become the Wicked Witch of the West and Glinda the Good.

Based on the novel by Gregory Maguire, WICKED has music and lyrics by Stephen Schwartz, and a book by Winnie Holzman. The production features musical staging by Wayne Cilento and is directed by Lisa Leguillou, based on the original direction by Joe Mantello. WICKED is produced by Marc Platt, Universal Pictures, The Araca Group, Jon B. Platt and David Stone.

“The Hit Musical with Brains, Heart and Courage.” The Sunday Telegraph, UK