amazion jamie campbell wild cards by Caroline Russo | on September 30, 2013 | 0 comments | in Book Reviews | Like it 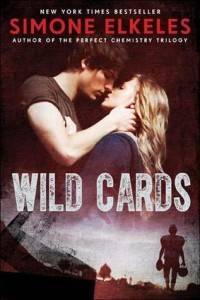 Bad boy Derek is kicked out of his expensive boarding school and forced to live with his step-mother and her young family.

While counting down the days until he graduates high school and can enlist in the armed forces like his father, Derek’s life is made even more difficult by his housemate, the tough talking yet vulnerable Ashtyn.

Newly elected captain of her school football team, Ashtyn is dealing with her own problems – a rival team that resents a female in charge, and her aloof, jealous boyfriend.

Driving each other crazy along the way, Derek and Ashtyn try to ignore the chemistry developing between them. Refusing to give in for different reasons, they must stay away from each other. But the question remains, can they stay away when their pull is so intense?

A fun and addictive read, Wild Cards was difficult to put down once started. While heavily themed around the American football culture, it did not distract from the love story developing between the two strong main characters.

Told from the point of view of both Derek and Ashtyn, Elkeles superbly jumps between the two effortlessly. Not once was I confused about who was telling the story, the character voice’s so uniquely their own.

Wild Cards is for anyone who loves a good young adult romance, especially for those that are football mad.