Denial film give away Rachel Weisz Timothy Spall and Tom Wilkinson win tickets by Caroline Russo | on March 24, 2017 | 0 comments | in Competitions | Like it 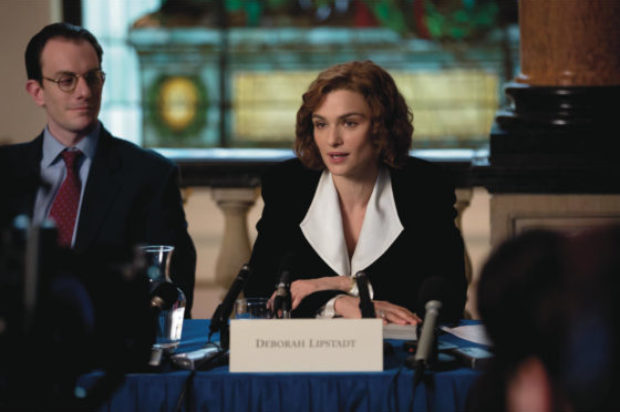 DENIAL
Denial is a riveting drama about the real-life showdown between American historian Deborah Lipstadt and notorious English Holocaust denier David Irving. In 1993, Lipstadt publishes a book called “Denying the Holocaust”, in which she refers to Irving as a denier. Soon after, he sues her for defamation under English law, where the burden of proof is on the accused. The whole world may know that the Holocaust happened, but now, Deborah and her legal team need to prove it. Featuring a powerhouse performance from Rachel Weisz, Denial is the inspirational story of one woman’s fight for historical truth, and a timely reminder that the truth itself can withstand even the most aggressive and persistent falsification.