Winners Of Oscar 2015 Plus Guests Will Be Treated to Artists :Sergio Mendes and will.i.am Who will win the
BEST Actress

SERGIO MENDES AND WILL.I.AM TO PERFORM AT
GOVERNORS BALL ON OSCAR® SUNDAY

– Grammy® Award-winning artists are set to take the stage at the Governors Ball, the Academy’s official post-Oscars® celebration, on Oscar Sunday, February 22. They will perform for the Ball’s 1,500 guests, which will include Oscar winners and nominees, show presenters and performers, and other luminaries.

Mendes, a renowned producer, composer, keyboardist and vocalist, has been a force on the international music scene for more than five decades and continues to evolve creatively through new collaborations and media. One of the most successful Brazilian artists of all time, Mendes became familiar to American audiences with the album “Herb Alpert Presents Sergio Mendes & Brasil ’66,” which was inducted into the Grammy Hall of Fame in 2012. He has recorded more than 40 albums, won one Grammy and two Latin Grammy Awards, and earned a 2011 Oscar nomination for the original song “Real In Rio” from the animated feature film “Rio.” He currently is composing and producing music for several film and album projects, and still tours worldwide.

Los Angeles native will.i.am is a global music artist and tech entrepreneur who has earned seven Grammys, an Emmy®, two CLIOs, two NAACP Image Awards and several other honors for his creative and philanthropic work. He came to prominence as the front man for The Black Eyed Peas, whose multi-platinum albums include “The E.N.D.” and “Monkey Business.” His most recent album, “#willpower,” includes several guest artist collaborations in a fusion of hip-hop, R&B, and electronic/dance music. In addition to writing or performing songs for such animated features as “Rio 2,” “Rio” and “Madagascar: Escape 2 Africa,” will.i.am voiced characters in all three films and played supporting roles in “Date Night” and “X-Men Origins: Wolverine.” 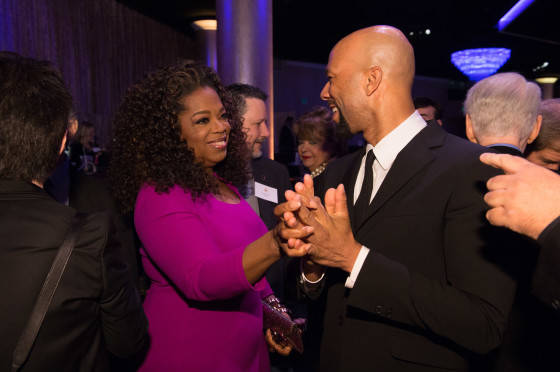 The Governors Ball performance will feature songs from Mendes’s Latin Grammy-winning “Timeless” album, which was produced by will.i.am and featured such artists as Justin Timberlake, John Legend, The Black Eyed Peas and Stevie Wonder.

The Governors Ball will be held in the Ray Dolby Ballroom on the top level of the Hollywood & Highland Center®.

The 87th Oscars will be held on Sunday, February 22, 2015, at the Dolby Theatre® at Hollywood & Highland Center in Hollywood, and will be televised live on the ABC Television Network at 7 p.m. ET/4 p.m. PT. The Oscars, produced by Craig Zadan and Neil Meron, also will be televised live in more than 225 countries and territories worldwide.