Winners Of the MTV Awards 2015 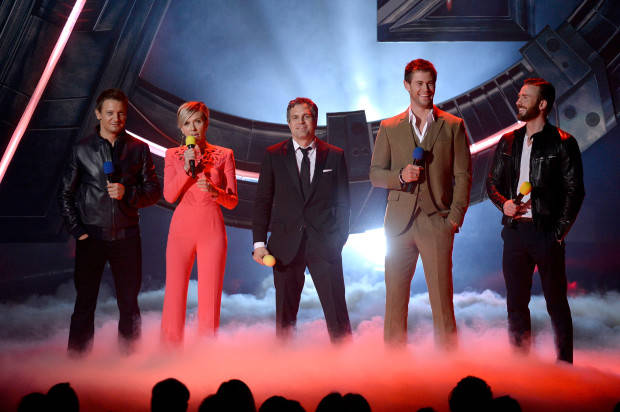 Australian superstar Rebel Wilson issued a public apology for showing her “girl power” to the President of the United States, Vin Diesel sang Wiz Khalifa, Channing Tatum dropped it for J-Lo, Amber Rose and Amy Schumer made out and Zac Efron grabbed a handful of Dave Franco’s crotch as all manner of crazy sh*t went down in front of an audience of Hollywood’s hottest at the Nokia Theatre L.A. LIVE in Los Angeles, CA. Host Amy Schumer skewered Hollywood’s favourite faces and left no taboo untouched in a hilarious and characteristically self-deprecating opening monologue. Schumer emerged from below the stage and stumbled into a Hunger Games inspired dance routine before casually tossing an arrow to open the show. The arrow impaled an unsuspecting Jimmy Kimmel, who thankfully recovered in time to present the ‘Comedic Genius’ award to the great Kevin Hart. Hart brought his daughter Heaven and son Hendrix up on stage to help him accept the award.

Also earning special honours were Hollywood headliners Robert Downey Jr. and Shailene Woodley. Downey Jr. received the ‘Generation Award’, which was presented to him by his Avengers cast mates Chris Hemsworth, Scarlett Johannson, Chris Evans, Jeremy Renner and Mark Ruffalo. The moment marked the first time the entire cast has assembled on stage in the run up to the release of Marvel’s Avengers: Age of Ultron. Shailene Woodley was the recipient of the ‘Trailblazer Award’ for her brilliant young career, including The Fault in our Stars and the Divergent franchise. Woodley was presented the award by her friend and Insurgent co-star Miles Teller, who went off script and spoke from the heart in a moving tribute to the actress. Legendary rockers Fall Out Boy shredded through an eardrum-shattering performance of their hit single Centuries before being joined on stage by white-hot rapper Fetty Wap. In his first major television appearance, Fetty blazed through his hit Trap Queen, joining the list of hip hop royalty who’ve collaborated with the Chicago punk outfit.

Charli XCX exploded onto a stage of day glo pink for a performance of her hits Famous and Drop That Kitty with Tinashe and ‘MTV Artist to Watch’ Ty Dolla $ign. The performance was directed and choreographed by Diane Martel, the architect behind Miley Cyrus and Robin Thicke’s epic twerkfest at the 2013 MTV Video Music Awards. Bella Thorne introduced the world to the trailer for the highly anticipated series Scream. All the action unfolded in front of a beautiful, twisted pop-art cityscape designed by Australian-born L.A. street and graffiti artists Dabs Myla. The whimsical and weird set included a 27-foot-high inflatable cat head and a multitude of ‘Easter eggs’ waiting to be found by the careful viewer.

THE WINNERS FOR THE 2015 MTV MOVIE AWARDS ARE:

MOVIE OF THE YEAR