WOMEN IN VOICE SET TO WOW AT QPAC 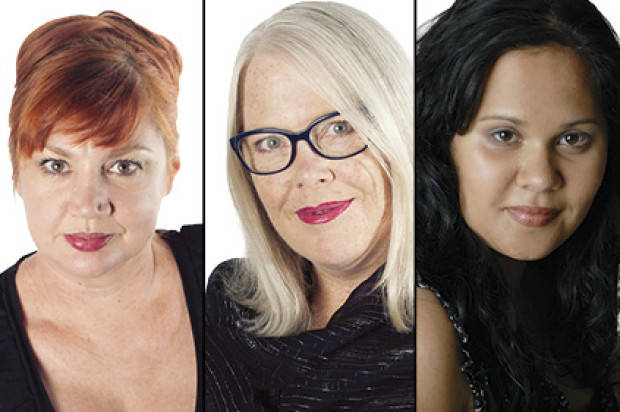 The iconic Women in Voice returns to the Queensland Performing Arts Centre’s (QPAC’s) Concert Hall for one night only on Sunday 21 June 2015 as part of one of the world’s biggest celebrations of women, the renowned Women of the World Festival (WOW).

Women in Voice is a phenomenon. Showcasing talented female vocalists in an upfront, uncomplicated manner, it’s one of the liveliest, funniest and longest-running series Brisbane has ever produced.

Women in Voice at WOW celebrates the highlights from the years when Women in Voice was presented at QPAC and invites some of its most popular artists to revisit their signature sets.

The concert will be emceed by the woman who started it all, Annie Peterson and will feature familiar faces Alison St Ledger, Carita Farrer Spencer, Leah Cotterell and Megan Sarmardin.

Backed by the sensational Women in Voice band, Megan will perform songs from her much loved Little Birung song cycle, together with some all-time audience favourites. Alison will share teen memories of a girl escaping into her bedroom with a hair-brush microphone and the sounds of the 80s.

Leah will mix jazz classics with songs from her latest work The Pleasure of Sad Songs and Carita will once more bring to life her iconic creation, The Fabulous Dame Farrar (who just might have had a few drinks whilst waiting in the wings).

Women in Voice has grown from humble beginnings at the Sitting Duck Café in West End in 1993 to become a perennial must-see event on the Brisbane performing arts calendar. Focusing on developing and sharing the voices of Queensland’s extraordinary women each Women in Voice concert is unique, mixing regulars with emerging talent to share songs across genres and styles.

Women in Voice was presented in the QPAC Playhouse from 2001 to 2008 and is now presented annually at the Judith Wright Centre of Contemporary Arts, with the next season scheduled for October 2015.

QPAC’s connection to Women in Voice is a reminder of the Centre’s ongoing commitment to supporting and collaborating with artists, companies, producers and presenters to help create a dynamic live performance culture across Brisbane and throughout Queensland.

The WOW festival was created by Southbank Centre London and is now an annual flagship event. WOW is a global force supporting women, action and change and celebrating women’s achievements.

The festival takes a frank look at the lives of women and girls and the obstacles that prevent them from reaching their full potential. The Brisbane WOW festival, of which QPAC is a major sponsor, is part of this global movement, running from 19 to 21 June 2015.

So warm up your vocal cords, put on your dancing shoes and get ready to take a hilarious trip down memory lane with Women in Voice at WOW. Tickets are on sale now via qpac.com.au or call 136 246.

QPAC in association with WOW Brisbane
Women in Voice at WOW