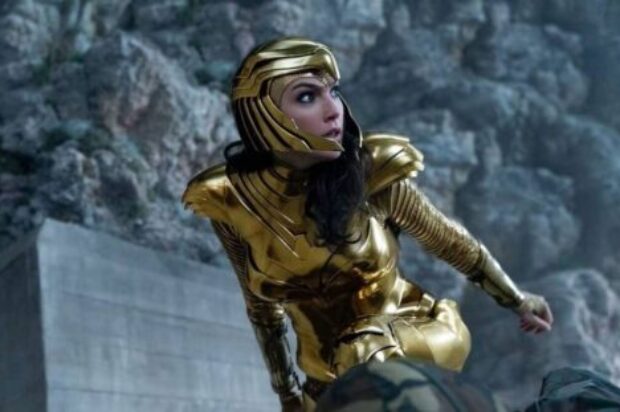 Gal Gadot in a scene from Wonder Woman 1984.
WARNERMEDIA

Gal Gadot and director Patty Jenkins will return for a third and final installment of the Wonder Woman trilogy, WarnerMedia announced along with the Christmas domestic box office weekend earnings of Wonder Woman 1984. The Wonder Woman sequel’s take of $16.7 million marked the biggest opening weekend numbers in the coronavirus pandemic era.

The superhero epic, which also bowed on WarnerMedia’s HBO Max, was reportedly viewed by nearly half of the streaming service’s 12.6 million active viewers last Friday alone. Playing at a time when only 35 percent of American cinemas are open, Wonder Woman 1984 beat the opening figures of another WarnerMedia film, Christopher Nolan’s Tenet, which earned $9.35 million when 70 % of movie houses had reopened in September.

Overseas, the Hollywood tentpole on the saga of Diana Prince took in $19.4 million as it plays now in 40 markets, with a total box office haul so far of $68.3 million. Overall, with international and domestic earning combined, the latest film in the DC Extended Universe has earned $85 million.

In its initial overseas rollout, Disney/Pixar’s Soul hooked $7.6 million in 10 markets, with China accounting for $5.5 million. In the United States, Soul, directed by Pete Docter and voiced by Jamie Foxx, Tina Fey, Angela Bassett and Daveed Diggs, premiered only on Disney Plus.

Placing second to Wonder Woman 1984 in the North American box office rankings was Tom Hanks’ western News of the World, which hauled $2.4 million.

Still enjoying its monopoly as the family fare in the pandemic era, The Croods: A New Age earned $1.73 million to add to its overall ticket sales of $30.35 million so far. Those numbers kept the Universal Pictures/DreamWorks Animation adventure comedy in the top five at number three berth.

The holiday theatrical box office figures are obviously a far cry from the numbers in pre-pandemic times. With many cineplexes closed and moviegoers still shying away from movie houses, box office is down by 80 %.

In the streaming subscription video race Nielsen, which lags in its reporting of ratings, released the Thanksgiving weekend figures. Netflix’s The Crown topped the chart with over 2.22 billion minutes of viewing time in the States. Disney Plus cracked Netflix’s monopoly of the top 10 streaming ratings, thanks to The Mandalorian, creator Jon Favreau’s American space western, which placed fourth. Newcomer Hillbilly Elegy, directed by Ron Howard with Amy Adams and Glenn Close leading the drama’s cast, secured the seventh slot.