Woodford Folk Festival
Reporter Matt Shaw
It was my first time at Woodford Folk Festival which is one of the biggest festivals in Australia held each year, in land travelling up to the Sunshine Coast in Woodford, where hundreds of artists come to perform that are of International to National artists.

Despite the temperature approaching 40 degrees, the thousands that get drawn to this event who camp for the week or to just visit, are in a zone of happy energy and in respect of this festival that did start in Maleny back in the 90’s.

My first interview with Rockhampton band, Busby Marou.
These Queensland boys have forged a reputation as one of the hardest working live bands in Australia. The quality of the songs, Tom Busby’s cheeky on-stage presence and Jeremy Mauro’s freakish musical ability combine to deliver a distinctly Australian way of sharing stories. They have worked with Pete Murray, David Bowie and many other blues and roots artists. Their most notable accolade was at the 2012 APRA Music Awards, where the duo won “Blues & Roots Work of the Year”. It was great talking to the boys after their gig on the Grande stage and we look forward to seeing what they bring in 2014. 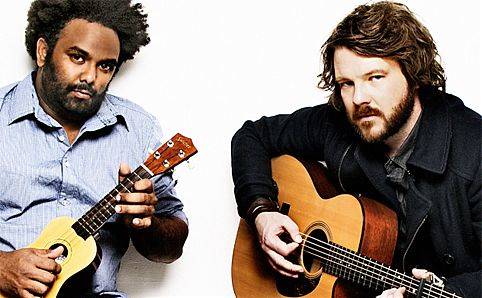 Click Here To Listen To The Interveiw With Busby Marou

After Busby Marou, I went to the media drinks function hosted by the Woodford festival director, Bill Hauritz. Bill spoke about the festivals history and the relationship it has enjoyed with the media. It was great listening to Bill tell stories from past festivals, like when the festival made front page of the Sunshine Coast Daily with a picture of a “disheveled” young lady.

The next act was Phebe Starr. It’s been a huge year for Phebe, from her first release a year ago “Alone With You’, she has exploded into the musical galaxy. Critics worldwide have compared her to the likes of Lykke Li, Florence Welsh and Sia, yet already she is forging her own path in the Australian music scene. Her and proudly identifying herself with Australian music scene. and proudly identifying herself with Australian music scene. performance was both spectacular to watch and to listen too, as she had the whole crowd clapping along to all of her songs. After the gig, I made it backstage to have a chat with Phebe about the direction she is taking her music and there I discovered that this was her first time at Woodford. It was great to talk to Phebe and I look forward to her new album release in 2014. Click Here To Listen To The Interveiw With Phebe Starr

I meet up with Hip Hop artist, Chance Waters for an interview. Probably the happiest rapper Australia has ever seen, with an impressive combination of colourful, joyous melodies and strikingly relevant hip hop lyrics, Chance released his sophomore album “Infinity” in 2012. In the same year Chance was nominated for Triple J Unearthed Artist of the Year and also scoring two entries in the Hottest 100. His song, “Maybe Tomorrow” was recently used in the trailer for National Geographic’s “Doomsday Preppers” which has aired in over 100 million homes worldwide. It was a pleasure talking had a Chance and looking forward to hearing his new album, Bonnie. 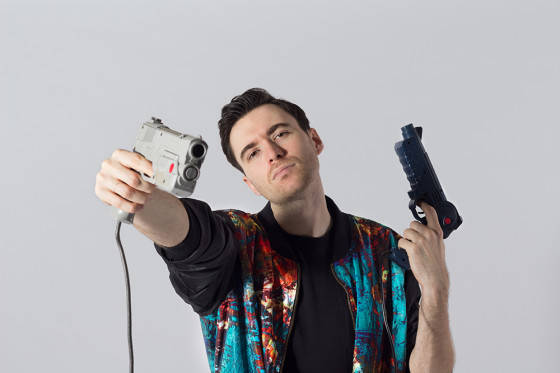 Click Here To Listen To The Interveiw With Chance Waters

My final interview of the festival was with David Baruchel, the dancy and excitable front man of the French band “Babylon Circus”. This 9-piece big band have notched up over 900 concerts in 30 countries and built up a worldwide following with their electric live shows and addictive albums. Their music is laced with ska, gypsy, rock, vaudevillian antics, dance hall and reggae. In the amphitheatre main stage green room I hung out with the boys from Babylon Circus and then got a one on one interview with David, which was the highlight of the festival for me. David has been with the band for 18 years and this is their second Woodford Folk Festival, but the bands fourth time in Australia. The first gig they ever played in Australia was at the Woodford folk festival and the band love the feel of the festival and its people. The Babylon Circus played five gigs at Woodford and are playing ten gigs in other centres including, Brisbane, Melbourne, Adelaide and Sydney. 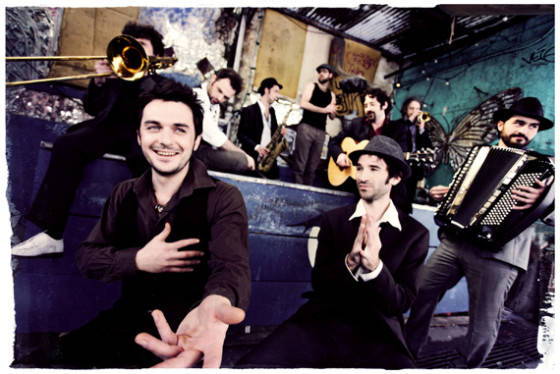 My time at the Woodford folk festival was for sure a experience I would not forget and hope to return next year and stay longer as it has something for everyone in this event.
For more information on the festival you can just visit http://www.woodfordfolkfestival.com/