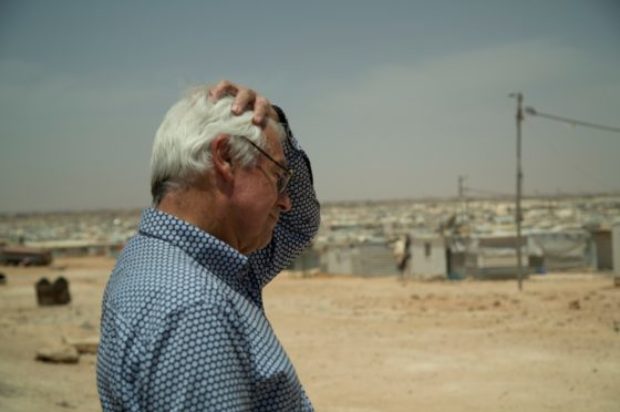 The Human Rights Arts and Film Festival will screen the world premiere of Border Politics on 15 May in Melbourne. Border Politics follows human rights barrister Julian Burnside as he crosses the globe to examine the treatment of refugees.

The documentary highlights refugee and asylum seeker policies enforced in developed countries. Julian Burnside compares the attitudes of these countries to demonstrate the role political leadership plays in refugee policies.

Currently, every minute, 24 people around the world flee their home because of violence or persecution. Many do not survive. During 2017 one in 36 asylum seekers died crossing the Mediterranean.

“The human dimension of the problem is kept well hidden,” says Julian Burnside. “The tragedy is that those who suffer it are politically irrelevant, and those who have the power to change it either do not know or do not care”

The film is directed by Judy Rymer, who has 30 years’ film-making experience. Her work covers a wide range of subjects concentrating on social and political history, and science.

The Human Rights Arts and Film Festival opens in Melbourne on 3 May 2018 and tours across the nation. This year, their festival focuses on five contemporary human rights themes: conflict and global people movement, gender equality, Indigenous rights, rehabilitation and retribution and the environment and rights. Tickets can be purchased at www.hraff.org.au