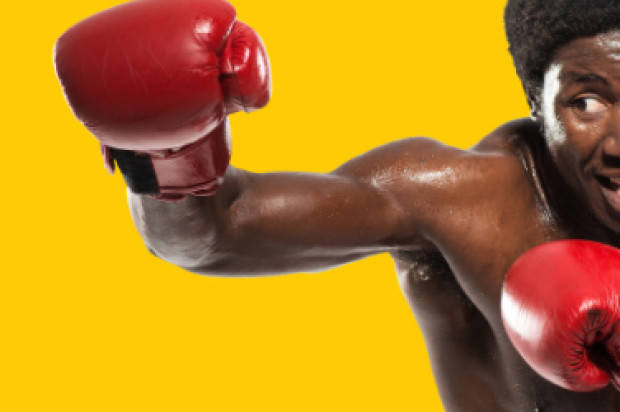 Emotive theatre work Prize Fighter will make its world premiere at Brisbane Festival from Saturday 5 to Saturday 26 September 2015, bringing the voice of the Congo to La Boite Theatre Company inspired by up and coming playwright Future D. Fidel’s own story of fleeing the war torn country.

A co-production between Brisbane Festival and La Boite, Prize Fighter will transform the Roundhouse Theatre, Australia’s only purpose-built theatre-in-the-round, into a spectacular boxing arena showcasing the story of Isa, a talented young Congolese boxer.

Played by Pacharo Mzembe, one of Queensland’s most talented young actors, Isa’s powerful left hook offers a new life in Australia, but as he prepares for the biggest fight of his career he is faced with his greatest opponent – his past.

Prize Fighter is the debut play of Future D. Fidel, a Playwright-in-Residence at La Boite, who was forced to flee from the DRC as a child following the civil war in 1996. After eight years in a Tanzanian refugee camp, Fidel and his siblings were granted refugee status in Australia and travelled to Brisbane. Future is an incredible success story, having been awarded the Young African Australian Star Award for Excellence in the Arts in 2014.

Pacharo Mzembe performs alongside his brother, Gideon Mzembe, and Sophia Emberson-Bain, forming an all-Brisbane cast in lead roles. At a young age, the two Mzembe brothers came to Australia from Malawi with their parents, their casting in this world premiere celebrates the Brisbane African community.