brisbane powerhouse Camille O’Sullivan Changeling by Caroline Russo | on December 24, 2014 | 0 comments | in Uncategorized | Like it 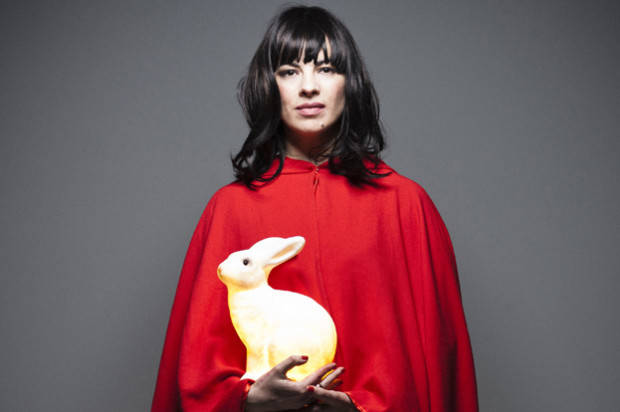 “A one-off, there is no one like Camille in popular music today” TELEGRAPH
“A cross between Sally Bowles, Patti Smith and P J Harvey… a major star.” ««««« SCOTSMAN
“When she sings it’s as though her breath is soaked in paraffin – one spark, and the whole room would ignite.”
««««« DAILY TELEGRAPH

A unique performer with a formidable international reputation, Camille is known for her dramatic interpretations of dark, narrative songs by contemporary performers.

Returning to Brisbane Powerhouse after two previous sold-out performances, in 2015 Camille will present her new show Changeling, featuring songs from her recent album of the same name. The show and album includes interpretations of songs by Radiohead, Nick Cave, Tom Waits and Arcade Fire among many other cutting-edge acts.

Her UK headline shows have included Royal Festival Hall, The Apollo, The Roundhouse and theBrighton Festival. A Herald Angel award winner, she is also one of the top five selling shows at the Edinburgh Fringe, performing her solo shows to over ten thousand during the season.

Recently Camille toured as guest lead vocalist with The Pogues including shows at London’s 02 Arena, and was chosen by Yoko Ono to perform Double Fantasy Live as part of Meltdown at the Royal Festival Hall alongside Patti Smith and Sean Lennon, receiving great reviews for this performance – “O’Sullivan’s lyrical performance was the real show-stopper” – Mojo Magazine. An original La Clique artist, she has also appeared on the iconic show Later with Jools (BBC 2 TV).

Camille’s Brisbane shows form part of a national tour, including 10 shows at The Famous Spiegeltent at Sydney Festival and additional shows at the Arts Centre, Melbourne.