‘Yayoi Kusama: Life is the Heart of a Rainbow’ opens at GOMA

art exhibition goma japanese artist LIFE IS THE HEART OF A RAINBOW VISUAL ART YAYOI KUSAMA by Caroline Russo | on November 3, 2017 | 0 comments | in arts | Like it A career-spanning survey of work by leading contemporary Japanese artist Yayoi Kusama (b.1929) opens at Brisbane’s Gallery of Modern Art (GOMA) from tomorrow until 11 February 2018.

Queensland Art Gallery | Gallery of Modern Art (QAGOMA) Director Chris Saines said ‘Yayoi Kusama: Life is the Heart of a Rainbow’ was co-curated with the National Gallery Singapore and profiled the significant contribution of a much-loved contemporary artist.

‘The exhibition attracted a record number of visitors when it was seen in Singapore recently and we have no doubt it will be extremely well received here in Brisbane with our local and visiting audiences,’ Mr Saines said.

‘QAGOMA has enjoyed a long standing relationship with Yayoi Kusama – dating back to 1989 – and over that time we have developed substantial holdings of the artist’s work.’

‘Life is the Heart of a Rainbow’ is presented in five thematic chapters and explores recurring motifs in the 88-year-old artist’s oeuvre. 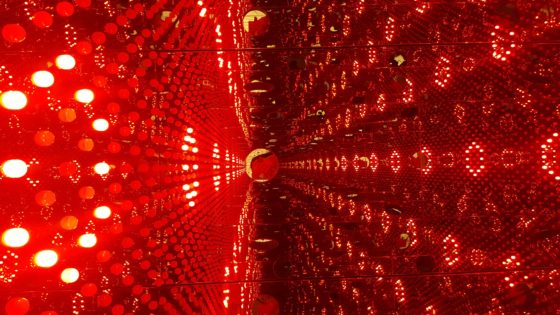 ‘It draws audiences into the artist’s world with its seamless integration of Pop, Surrealism, Minimalism and psychedelia, using her trademark motifs of nets, dots, eyes and pumpkins, and a vocabulary of obsession, obliteration, accumulation, aggregation and infinity,’ he said.

Figuring prominently are the ‘net’ paintings that have appeared consistently in Kusama’s practice since the late 1950s; and 24 brightly coloured paintings from the My Eternal Soul series which has been ongoing since 2009.

Other highlights include I WANT TO LOVE ON THE FESTIVAL NIGHT 2015, an immersive hexagonal installation with external and internal mirrors and a floor of multi-coloured flashing lights and THE SPIRIT OF THE PUMPKINS DESCENDED TO THE HEAVENS 2017, a mirrored cube installation visitors can peer into where the internal reflections create the impression of a vast field of luminous gourds.

Also included are major artworks acquired by QAGOMA since 2002 – the infinity mirror room Soul under the moon 2002, the large sculpture Flowers that bloom at midnight 2011 and The obliteration room 2002-ongoing, an interactive installation that has toured to more than 20 venues in 15 countries and been viewed by more than 5 million people.

Along with these QAGOMA Collection works are key items drawn from leading public and private collections across Japan, Taiwan and South-East Asia. 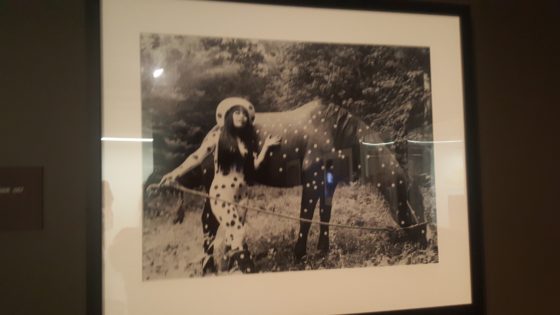 ‘‘Life is the Heart of a Rainbow’ comes six years since the Gallery presented ‘Look Now, See Forever’, Yayoi Kusama’s last exhibition at GOMA, which showcased the most recent developments in her practice at the time,’ Mr Saines said.

‘Since then, Kusama’s profile has grown to the degree that her work is highly sought after and audiences worldwide have flocked to her exhibitions, aided by the circulation of simultaneous touring retrospectives in Europe, Latin America, Asia and the US.’

For more information, head to www.qagoma.qld.gov.au.