Lineup RE-FORM YARRABAH MUSIC AND CULTURAL FESTIVAL yothu yindi by Caroline Russo | on May 23, 2019 | 0 comments | in Music Festivals | Like it

Queensland Music Festival has unveiled a stellar lineup for this year’s Yarrabah Music and Cultural Festival on 15 June, with the legendary Yothu Yindi re-forming with five original members on stage together for the first time since the passing of M Yunupingu. His nephew Yirrnga Yunipingu will join the band as vocalist, bringing the act’s iconic, timeless and important canon back to the live stage. 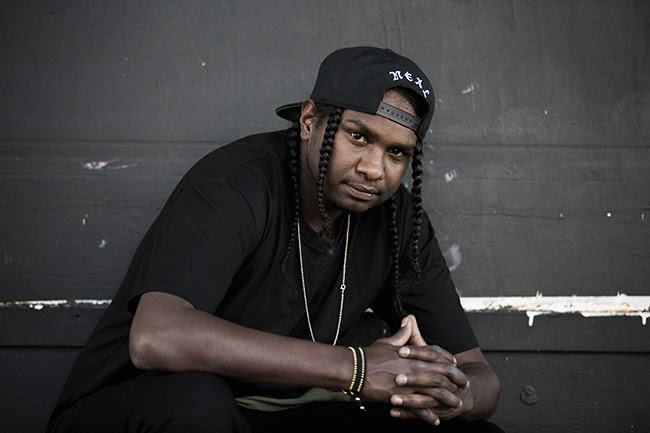 Yothu Yindi will also be joined at the annual event by the King of Arnhem land Baker Boy and dancefloor soul queen Thandi Phoenix, together with a performance from the iconic Yarrabah Brass Band as well as more artists to be announced.

“We look forward to bringing Yothu Yindi back to the stage and sharing our culture and music with the people of Far North Queensland,” said Yirrnga Yunupingu. “It is time for the messages of Yothu Yindi to be heard again and we couldn’t think of a better cultural platform than the iconicYarrabah Music and Cultural Festival.”

The free, family-friendly event is just 45 minutes’ drive from Cairns in an idyllic coastal setting providing the perfect day out with market stalls, local art and a celebration of the Gungganjipeople and cultures of all Nations represented in Yarrabah and surrounds. The event will also hold weaving, spear and shield making workshops along with the launch of a new exhibit in the Yarrabah Arts Precinct.

Previously the Yarrabah Band Festival, the Yarrabah Music and Cultural Festival was founded in 2013 by the Queensland Music Festival to re-form the renowned Brass Band which was founded more than a century ago in early mission days in Yarrabah. Now an annual tradition, the festival creates an opportunity for the local artists to join together with visiting musicians and community members for a perfect mix of music you love, new acts you’ll fall in love with and of course a performance from the now-iconic Yarrabah Brass Band. Premier Annastacia Palaszczuk said the reformed Yothu Yindi was a wonderful addition to the festival lineup.

“To have an act as iconic and influential as Yothu Yindi performing at this event is exciting news for the community and further strengthens the Yarrabah Music and Cultural Festival, which has become one of the most important cultural events on the Far North Queensland arts calendar,” Ms Palaszczuk said.

The celebration of First Nations music and culture is a key initiative of the Queensland Music Festival, which is supported by the Queensland Government for its fantastic work in harnessing the power of music to unite and delight communities across the state, with the ability to transform lives in the process.

Arts Minister Leeanne Enoch said the festival was a significant event for the Yarrabah community, attracting thousands of visitors and showcasing local culture.

“The Yarrabah Music and Cultural Festival provides an opportunity for a meeting of cultures, the telling of stories, a remembrance of the past and a celebration of the future of the Yarrabah community,” Ms Enoch said.

“This popular annual event sets the scene for the 2019 Queensland Music Festival program, which kicks off state-wide on 5 July, celebrating the diversity of our musical talent, building local pride, inspiring young creative minds and delivering cultural tourism benefits to our regions.”

Tourism Industry Development Minister and Ministerial Champion for Yarrabah Kate Jones said the event was a key part of a strategy to position Queensland as Australia’s Indigenous tourism leader. “This event has more than quadrupled its audiences since inception, demonstrating a strong demand for Indigenous tourism experiences while also delivering increasing economic benefit to the Yarrabah Shire,” Ms Jones said.

“The strength of the line-up for this year’s event is set to attract large crowds again. We are working with the event organisers, Council and local stakeholders to develop a five-year plan to continue to grow the event and the tourism opportunities for this region. As we see demand increasing from global travellers for genuine, local experiences, there are great opportunities for Yarrabah and I look forward to working with community stakeholders to drive visitation, support jobs and grow the local economy.” “Once again we are extremely proud to present the Yarrabah Music and Cultural Festivaland bring these extraordinary artists to the wonderful Gunggandji community,” saidQueensland Music Festival Artistic Director Katie Noonan.

“Not only does Yarrabah enable world-class music to be presented in Far North Queensland and help celebrate awesome local talent, but it is with immense pride thatQueensland Music Festival can facilitate a First Nations-run event that will help to build capacity in the community. The festival builds on the community’s generational legacy and will help them build on and celebrate that cultural heritage for decades to come.”

Tickets are free, but must be pre-registered at
www.yarrabahfest.com.au