Museum of Contemporary Art Australia Sounds on the Terrace Sydney YOUNG HENRYS by Caroline Russo | on October 30, 2017 | 0 comments | in arts | Like it 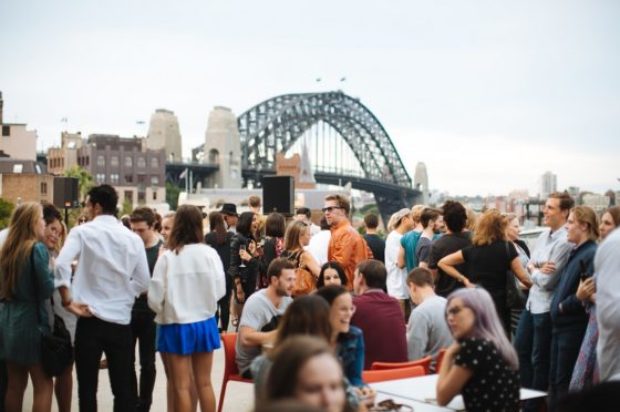 This summer, the Museum of Contemporary Art Australia (MCA) joins forces with new partner, Newtown-based brewers Young Henrys, to curate the Museum’s popular Sounds on the Terrace series and combine delicious craft beer with free live music on the MCA’s Sculpture Terrace. The dreamy electronica of Matilda Abraham and the sonic soundscapes and ethereal vocals of E for Echo will kick off the series on Wednesday 1 November, with three more special evenings held on Wednesdays 6 December, 10 January and 7 February.

Sounds on the Terrace has presented its live music sessions and after-work drinks over the summer months for the past five years, since the reopening of the Museum in 2012. Coinciding with the Wednesday night ‘Lights on Later’ program, where the galleries stay open until 9pm, Sounds on the Terrace invites live music enthusiasts and art lovers to enjoy balmy evenings and the breathtaking Sydney Harbour views from the Sculpture Terrace. The MCA Cafe, run by Fresh Catering, whips up a tasty menu to match.

Over the years, the MCA has hosted a significant number of up-and-coming singer-songwriters, musicians and DJs, including Ross Henry, Le Pie, Marcus Corowa, Danielle Deckard, Alex Gibson, Anatole and Grace Cooke to name a few.

For each series, Young Henrys will curate the sounds, pairing their brews with their favourite tunes. As regular supporters of Australian music and touring artists, they’ve got a bit to say on how to mix craft beer with Sydney’s best bands.

The craft beer crew once said the stereo is one of the most important pieces of brewing equipment: from their Newtown base, they’re known to play a mix of rock’n’ roll, ambivalent electronica, indie and alternate rock, dance and punk. At the MCA, they’ll blend that with their selection of Newtowner Aussie pale ale, Natural Lager, Summer Hop Ale (IPA), Cloudy Cider and the award-winning Noble Cut Gin.”

This new partnership with the MCA isn’t too far afield for the Newtown-based brewers, who’ve been supporting arts and culture across Sydney for a number of years. They’ve collaborated on projects with a range of artists including You Am I, DZ Deathrays, Josh Pyke and Sydney Symphony as well as iconic events and institutions such as the Art Gallery of NSW and Oz Comic-Con. They also created and produced the Inner West-based Small World Festival, and worked with Stolen Spirit to curate St O’Donnell’s Select Gallery with artists from Saint O’Donnell records.