YOUNGER RELEASES NEW PROJECT ‘THIS IS NOT AN ALBUM’

ALBUMS NOW NEW CD FOR JANUARY 18 SPOTFY Universal Music YOUNGER by Caroline Russo | on January 8, 2018 | 0 comments | in Music | Like it RELEASES NEW PROJECT ‘THIS IS NOT AN ALBUM’

‘THIS IS NOT AN ALBUM’

Kicking off the year with a bang, Youngr today announces the release of new collection ‘This Is Not An Album’, led by new single ‘Ooh Lordy’, via Island Records.

‘This Is Not An Album’ is a collection of Youngr’s releases to date, including the likes of goliath hit ‘Out Of My System’, ‘Monsters’, recent release ‘Give It Up’, plus new single ‘Ooh Lordy’, an instantly euphoric slice of house-pop genius that sees Youngr at his jubilant, effervescent best.

“’This Is Not album’ is a collection of all the songs I’ve released over the past year plus my first ever releases from back in the day; ‘September Sun’ & ‘Disappear’ and my newest jam, ‘Ooh Lordy’. Thought I’d throw them all together in one nice organized package for your aural pleasure,” Youngr says.

The collection follows Youngr’s hugely successful collaboration with US newcomer Wingtip at the close of the year. ‘Space For Us’ racked up 17 New Music Friday playlist additions upon release, including New Music Friday UK and U.S., and has had over half a million plays since release.

2018 is already set to be another step up for the multi-talented musician, songwriter and producer, with a U.S. and Canadian tour kicking off at the end of the month, including key support slots with tropical house commander Matoma on his ‘One In A Millon’ tour.

This builds on a year that saw Youngr release a string of triumphant singles and bootlegs (including recent funk-filled bootleg ‘Give It Up’, a Lee Dorsey reworking with rising UK House producer Endor) and the incredible ‘Monsters’ video (a collaboration with award-winning Valentine Reinhardt – Tame Impala, Nike – and Manu Cossu – Drake, A$AP Rocky). It accelerated Youngr’s accolades to over 40 million streams, 30 million video views, performances at over 50 festivals, sold-out tours across Europe and North America, an Indian tour and a momentous headline show at packed London venue Heaven. 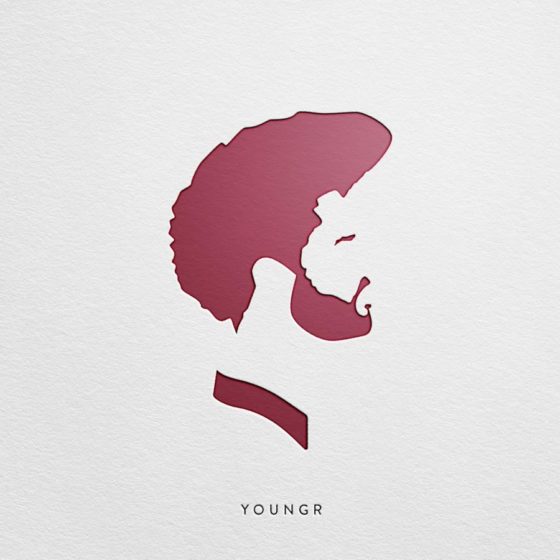 ‘This Is Not An Album’ tracklist