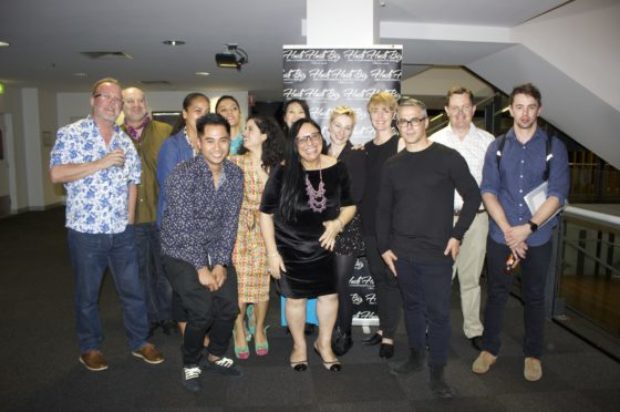 It was a night to see who could be pitch perfect and an opportunity for storytellers to present their film and television ideas to a panel of three industry experts. The panel included Head Jury screen writer Shayne Armstrong, Screen Queensland VP Content Director Amal Bagger and Elle Croxford.

Presented by Caroline Russo, who launched the Screen Industry Events last month in aid to provide support and networking for film makers and other creative screen experts in Brisbane. Russo is in collaboration and partnered with Dendy Cinema Portside to host these events in Brisbane.

Last Wednesday night November 1st was the inaugural Pitch Comp with eight entrances who had five minutes to pitch their ideas to the jury. The jury had an additional five minutes to provide their comments and critiques of each pitch. With a variety of pitches that included supernatural dramas, absurd skit show comedies and documentary feature films,
it was ultimately Zoe Hankins with her idea for a thirty minute feature animation capitalising on the success of the book and stage show production of One Last Feather that was declared the winner. 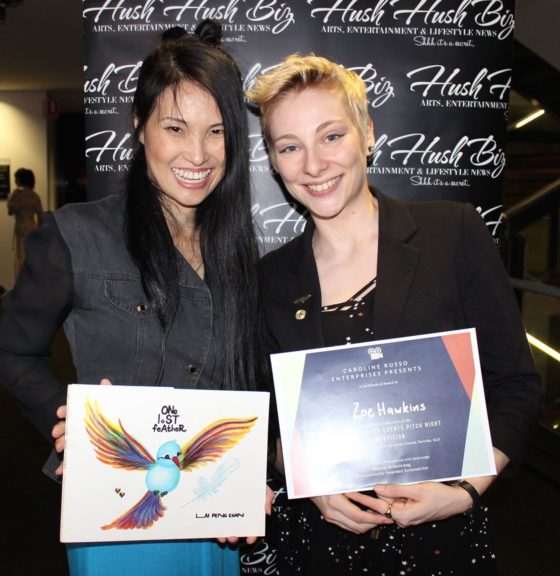 While the industry experts believed that the story would better suit a short ten episode format, they identified the pitch’s potential which Hankins feels could ultimately mimic the success of the Gruffalo in Europe.

Upon her win, Hankins received a certificate of award from Russo as well as the opportunity to have a one to one script consultation with international screen writer Shayne Armstrong. The value of something like this is quiet big for emerging film makers Russo says and to get a chance to take it to another level.

Russo who knows that pitching an idea for a new television series or film is one of the most daunting aspects of breaking into the film and television industry was excited by the positive response to the evening from pitchers and the audience who attended the event.

The event will continue to evolve in 2018 with a new launch project for student filmmakers to submit a commercial for Sirromet Wines.

Russo believes that these events will create a space for networking for industry experts and content producers. She is keen to continue to attract a variety of sponsors and interested collaborators eager to support the continued growth of the Australian film and television industry. With Queensland now on the map as to the blockbusters that have been made here shows that we are a state that offers a lot of things and the talent here is huge.