Alexandria Altman Creator Of Snow Moon Will Be Leading Lady 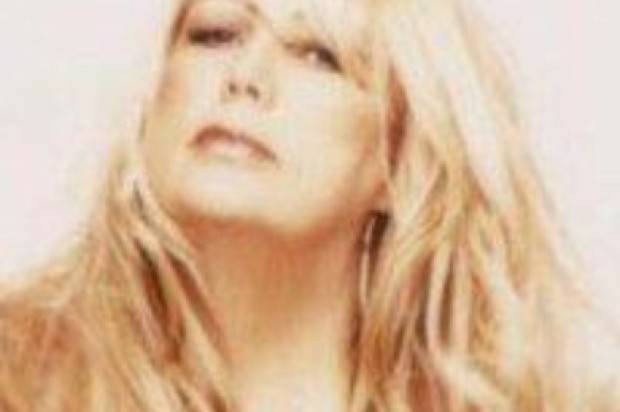 Alan Howarth and Alexandria Altman have teamed up with their own movie production company. Altman Howarth Film Productions will be opening their doors soon in one of Hollywood’s most prestigious addresses. The two came together through film maker Michael Stevens. Alan Howarth is accredited in over 42 films and counting and is now Producer/Director.

Alan Howarth and his team have been credited with two Academy Awards: The Hunt for Red October and Bram Stokers Dracula. He is most well known as the sound lord of Hollywood, working on all of Hollywood’s A list films including the Star Trek films and many more. They are the Producers of the Snow Moon Cinderella Chronicles saga. Also on their plate, to be announced in the coming year, one of the biggest films of all time. For now, they are in pre production of Snow Moon which has been in development for a year. They have a huge team aboard from Chicago to New York and all feel these two will be producing some Academy Award family films and more.

‘The Movie already has an all star amazing cast line up’. The last thing Alexandria expected when casting began was to be asked to play her own role. Altman was looking at all the leading ladies that she admired and wished to play her role. Fate stepped in. A famed Producer told Altman that with her already southern voice, myriad of talents due to Altman’s southern Reese Witherspoon accent, Hollywood good looks and charm that she play her own role as leading lady, Ally Starling.

Altman with a smile and grace accepted her role with another dream fulfilled, fairytale moment she said shyly. Prior to this Altman had accepted another role in a feature film called Racers’ Heart now in development.

This saga has been in the works for over 7 years. From novel to script and adapted to film, Snow Moon is now no longer a dream but in pre production. Many have thrown their names in the hat for major roles. Seven major actors were assigned to the saga. Altman is signed with a major literary agency in New York and is working to get the saga deal in place and fast tracked to catch up with film already in pre production stages.

Among the Stars so far is the well known Sean Stone, Darlene Cates, Gabrielle Stone and Ina-Alice Kopp. The others cannot be mentioned yet until their movie press is out but Altman assures you they are huge and you will not be disappointed. Your favorites will be on the list of Hollywood’s top talent.

Alexandria Altman said that living in Beverly Hills among the stars and famous people, she did not know anyone that was not accredited and famous for something. She also wanted her own life of fame. She felt she was born to shine and wanted to do it her way, learn it all and come back with what would be the best. A Altman whom is now, “Accomplishing her dreams by doing it the old and hard way”, she said.

Altman had it all in the palm of her hand living in Beverly Hills being on every A-list from Beverly Hills to New York and Hamptons elite list. She was married into a dynasty of wealth when her then husband worked behind the scenes with Disney, Universal and Paramount Studios.

She was asked to cast for some of today’s legendary pictures and turned it all down to pursue her own entity of hard work and wanting to do it the Altman way. This may sound familiar to some. “Turning down many TV series is hard” as she explained, but now she and Howarth are booked up to 2017 with major film projects.

She learned first hand the music industry working with legends and new artists and owning her own recording label. She had her own distribution with Morty Wiggins, 33 St Bayside who also owned Tower records. The music industry changed and Altman resumed her own dream again becoming a well known author, novelist and now filmmaker and actress.

Altman’s favorite writers who have inspired her are starting with Margaret Mitchel’s Southern novel ‘Gone With The Wind’, Nicolas Sparks’ ‘Note Book’ and ‘The Lucky One’ to Stephanie Meyers and J.K Rowling.

Altman says she moved to Hollywood when she was married to a very well known Inventor and Producer who worked behind the scenes at the top studios. Altman said she never cared about the words fame, celebrity, wealth, or power. She would rather claim true and knows what real success is which means God inspired family and life! True Success as the old saying goes is to simply live life.

Altman also claims the best way to the top of anything you choose and anything you inspire to be, is simple, to work hard for your own name and entitlements. One of Alexandria Altman’s famed quotes is – “I don’t chase my dreams, I allow my dreams to chase me”.

Altman did not seem to care about any of these titles. She wanted to start from ground up and be self taught to reach her own destiny to the stars which she is now accomplishing.

She quickly learned the behind the scenes business from TV to feature films; merchandising to license rights, product development and worked tirelessly on many charities.

She embraces life with a clear understanding of who we are and what we are here for; which is to make your own self a reality by being who you already are and be the best you.

Be a Muse and Inspire Others and love all is best advice.