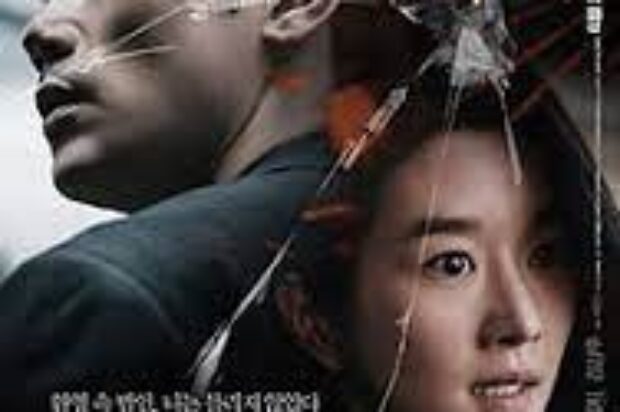 A woman awakes in a hospital with amnesia and her doting husband by her side helping her recovery and already you feel the adoration in the husband’s eyes and the gentle subtle actions of wiping her face and taking care of her. These small gestures show such a kind intimacy that Korean films always tend to get right. He promises he will take care of her and always be watching her even if she can’t see him.

However, as the film progresses the woman starts to see visions that the husband and doctors brush aside as Dejavu and mental illness caused by her accident. She seems to be able to see ominous future events and tries to intervene before they occur without any luck.

She runs into a work colleague on the street whom she cannot remember, she shows her to her desks and asks her if her husband is treating her well as he used to hit her at times. In her office, she finds clues about who she is and also her husbands business card. She goes to the address only to find the office has closed down and the business has gone bankrupt which he had been hiding from her.

She starts to get more and more visions and they include a man committing murder and gradually she recalls it is her husband but is it a current recollection or is it from the past or future?

I went to this movie without any great expectations feeling a little tired hoping I could stay awake. What this movie delivered was an edge-of-the-seat thriller with so many twists and turns it has your views and heart doing a constant 180-degrees. I was totally absorbed by the story, the plot was so unexpected and heartbreaking it was unlike any other movie I have ever seen.

This directorial debut by Seo Yoo Min is an absolute triumph and I hope this movie gets the attention it deserves. The acting especially by Seo Yea Ji was outstanding her fragile yet gutsy performance of a woman without any memories was so impeccable.

If you get a chance to see this one on the Big Screen away from distractions do so as it needs your full attention and a keen eye to get the most out of the plot.