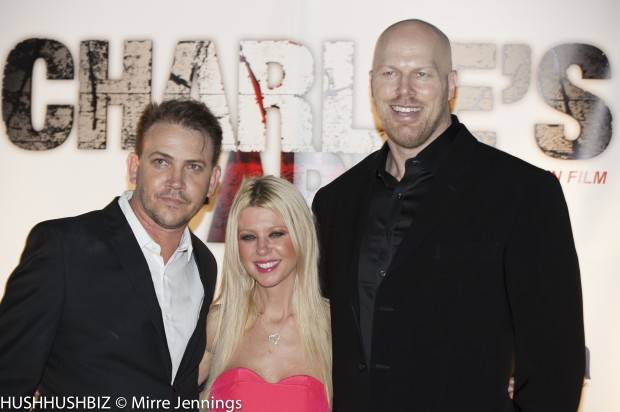 While politics and the G20 were going on Brisbane, the film community was in Maroochydoore watching gory kills on the big screen at the Premiere opening of Chris Sun’s slasher film, Charlie’s Farm.
Touted as the Aussie Spielberg of slasher flicks, the x-rated film is about a group of friends with too much time on their hands, who go up to Charlie’s Farm to explore the urban legend for a bit of fun. Myth has it that psycho killer Charlie is out for revenge after his parent’s were murdered by an angry mob. Dare to go to Charlie’s Farm if you will …
Starring Tara Reid, known for her roles in American Pie and Sharknado, the petite star trades in her Hollywood riders and paparazzi entourage, for a low budget horror film shot in the Australian outback in the middle of nowhere, without phone or internet reception – a nightmare in itself.
However, low budget doesn’t mean low quality. This is a horror flick where director Chris Sun takes his gore seriously. Specialising in live practical special effects, the makeup on towering Nathan Jones at almost 7-foot as Charlie, is so scary that some of the cast couldn’t even look at him on-set.
Other stars included Bill Moseley (The Texas Chainsaw Massacre 2), American actor/stunt man Kane Hodder (Friday the 13th film series, part VII and VIII), with some local emerging talent included Dean Kirkright, Sam Coward, Allira Jaques, and Darrell Plumridge.
At the premiere of Charlie’s Farm, Hush Hush Biz presenter Bobbi-Lea Dionysius grabbed a few red carpet moments to talk with some of the lead actors…

Charlie’s Farm opens in cinemas around Australia on December 4, and internationally in 2015. Check out FB to keep up to date: facebook.com/CFarm666 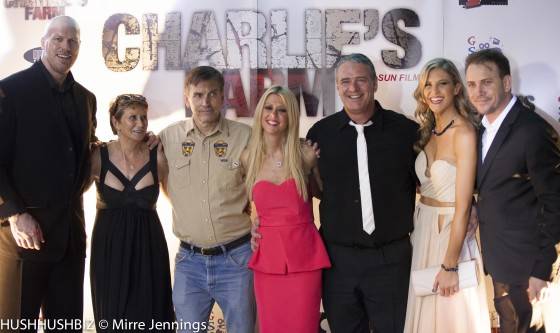 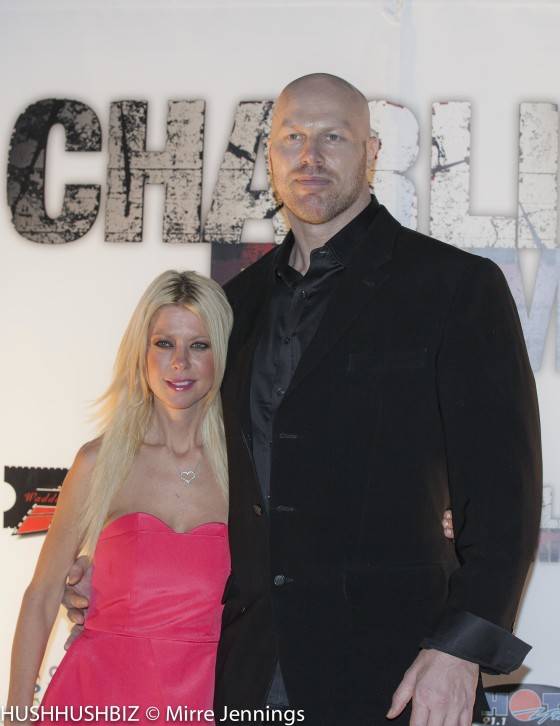