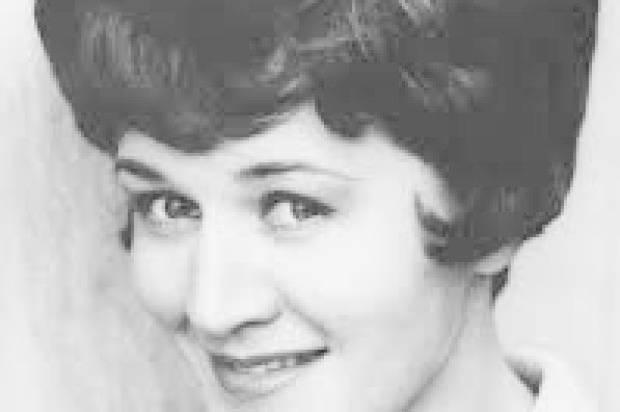 British TV doyen Patricia Routledge, otherwise known as super snob Hyacinth Bucket (Bouquet) in the British sit-com Keeping Up Appearances, is heading to Brisbane for tea among other things. 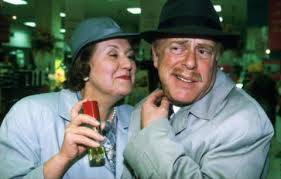 The 85-year-old veteran, who first graced the British stage at the Liverpool Playhouse in 1952, will be the guest of honour at a fundraising morning tea for the Actors & Entertainers Benevolent Fund Qld on May 9.
The QPAC supported event comes as Ms Routledge tours Australia, with Brisbane-raised pianist Piers Lane, in a celebration of virtuoso Dame Myra Hess’ war-time National Gallery Concerts.
Admission: One Shilling, which marries Hess’ own words, taken from interviews and releases, with some of the finest concert music heard at between 1600 and 1700 concerts during the dark days of World War II is the brainchild of Lane.
The gallery series was Hess’ own creation – she played in 150 of the concerts – and among the composers featured were Bach, Beethoven, Schubert, Brahms, Schumann and Chopin.
Lane, who was born in England, but grew-up and received his musical education inn Brisbane, boasts a direct artistic line to Dame Myra as she taught one of his tutors.
Miss Routledge, who has performed on the Broadway and West End stage and appeared in about 26 musicals, including Gilbert and Sullivan operettas and opera, will take on the role of Dame Myra opposite pianist Lane in two 60-minute Brisbane performances.
The actress has won both a Tony Award in the US and an Olivier award in London, as well as appearing in movies such as To Sir with Love, is best known in Australia for her TV work. 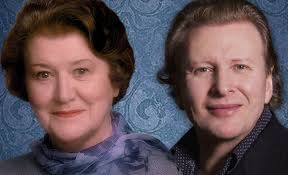 Apart from Appearances, the TV shows include Victoria Wood as Seen on TV, Alan Bennett’s A Women of No Importance and Talking Heads, as well as four series of the crime show Hetty Wainthropp Investigates.
The five Appearances series , which first screened in 1990 and are still seen in countries around the world, ended in 1995 when Routledge decided she didn’t want to be exclusively remembered for playing Hyacinth.
If Routledge bumps into QPAC board member Simon Gallaher at the theatre they could well have a lot to talk about as she played Ruth in Joseph Papp’s groundbreaking Central Park production of The Pirates of Penzance, co-starring Kevin Kline and pop vocalist Linda Ronstadt in 1980.
Gallaher played Fredric, opposite Jon English’s Pirate King, when the jazzed up G&S became the first major season at the newly opened Queensland Performing Arts Centre in 1985.
A decade later Gallaher’s own production brought the production back to the Australian stage, and beyond, and it became the first in a series of hit musicals staged through his company.
The Routledge tea party, which will take the form of an interview with the star followed by a Q&A session, will give an insight into the women behind the characters.
According the Wikipedia, Routledge was the daughter of a Birkenhead haberdasher who as a child during the war spent weeks at a time sheltering in the basement of her father’s shop.

She trained at the Bristol Old Vic and has devoted much of her life to the theatre.
In an TV interview with her Appearance co-star Clive Swift, with whom she was to tour in the play Mr. and Mrs. Nobody years ago, she spoke of her need to, ‘return to a long fix in the theatre.’
Routledge never married, and has no children, and was once reported as having said that marriage should be, ‘a social alliance rather than a long love affair.’
She was awarded an OBE in 1993, a CBE in 2004, is the patron of the Beatrix Potter Society, received a doctorate from Lancaster University in 2008 and worships at Chichester Cathedral.
Her focus has been on technique and at various times she’s talked about, ‘the rhythm,’ of a script, the need to, ‘tell the story and make it clear,’ and cited the greats of her youth, such as Alistair Sim (with whom she played in Arthur Wing Pinero’s The Magistrate) and Margaret Rutherford as her inspirations.
“When I first saw them with my friends in those fabulous Ealing Comedies we all wanted Alistair Sim to be our uncle and Margaret Ruthford our aunt,” she said in a TV interview.
“Then I worked with Alistair Sim and I saw how he wooed an audience, brought them to their knees. It was wonderful.”
The Actors & Entertainers Benevolent Fund Qld, which has been supporting the profession since 1975, will have its fundraising tea on May 9 from 11am -1pm (tickets $99.00). Admission: One Shilling will be staged at the QPAC Concert Hall on May 9 and 10.