a silent agreement Actors Disability film in australia Paul Mercurio by Caroline Russo | on April 5, 2018 | 0 comments | in Film News | Like it 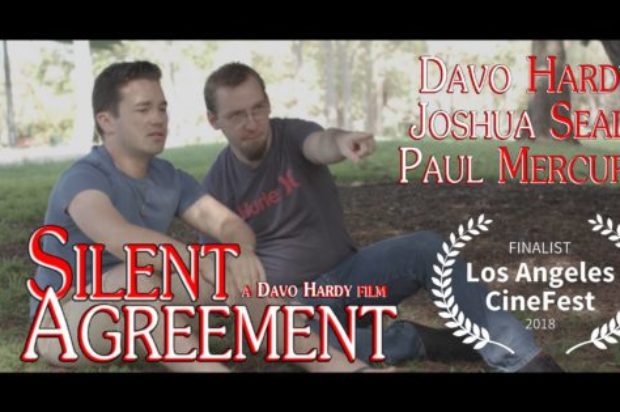 LIGHTS… CAMERA… AUSLAN!
The first Australian feature film to showcase Auslan (Australian
sign language) to international audiences has become an instant sensation in festivals the world
over.
A Silent Agreement is standing out as more than a coming-of-age drama; it is also breaking
new ground in the representation of LGBT characters and people with a disability in cinema, with
an inspiring love story about betrayal, belonging and redemption.

Paul Mercurio makes his a big-screen comeback as a jaded actor-turned-film-producer, desperate
for one last chance to revive his career. When an emerging thespian shows up with his profoundly
deaf same-sex parter, pitching the story of how he overcame a severe stutter through sign language,
the producer steals the autobiographical screenplay and turns it into something self-serving and
pretentious, all in a bid to play the marketplace and achieve personal success.

What results is a topical and uncompromising power-play, exploring the little-discussed reality of
how emerging filmmakers can be easily mislead by established industry professionals, without
justice, for fear of shame and embarrassment. This story is about the psychology of victimhood, the
struggle to maintain integrity over profit margins and the courage to rise from defeat and fight for
justice, honour and self-acceptance.

Featuring profoundly deaf actors in lead roles and starring the writer/director Davo Hardy as he
shines a spotlight on his real-life stutter, A Silent Agreement takes a cross-section of the independent
filmmaking community and explores the duality of individualism and the differences that make us
unique versus the human condition and need to belong that binds and unites us all.
A Silent Agreement is currently submitted to over a dozen film festivals, local and abroad.