LOOKING FOR GRACE TIFF Toronto International Film Festival by Caroline Russo | on August 13, 2015 | 0 comments | in Film Festival | Like it 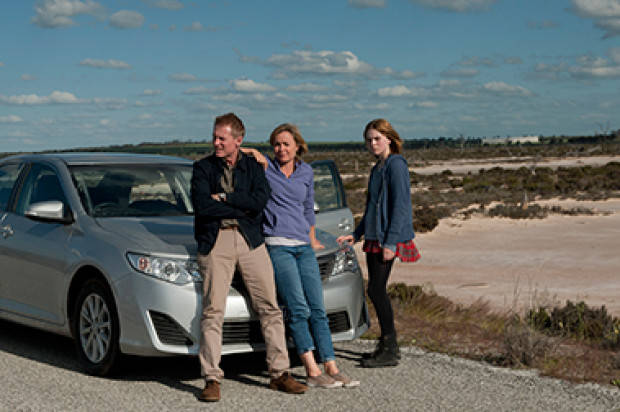 Sue Brooks’ Looking for Grace has been announced as an Official Selection in Competition at the 2015 Toronto International Film Festival.

The film is one of 12 in TIFF’s inaugural Platform programme, a new section comprised of films of high artistic merit that demonstrate “a strong directorial vision by significant international filmmakers”.

The only Australian film selected for TIFF Platform, Looking For Grace will compete for a prize of $25,000, to be awarded by a jury including acclaimed filmmakers Jia Zhang-ke, Claire Denis and Agnieszka Holland.

Sue Brooks said today:
“When you like to make, and see, films that are a little bit different, it is fantastic that this section exists and even better to have the film you have just made accepted in it. Not only will your film have an opportunity to be seen by an international audience, but you will have the opportunity to see the films of and meet some of the film makers from around the world who are making artistically ambitious films.”

Palace Films General Manager Nicolas Whatson said today:
“TIFF is one of the largest film festivals in the world, with over 300 features presented each year. So for Looking For Grace to receive selection in their inaugural competition alongside just 11 other features from around the world is a huge honour, least of all a coup. We’re thrilled not just for Sue, but the entire team behind the film. Go, GRACE!”’

Looking for Grace, which stars Richard Roxburgh, Radha Mitchell and Odessa Young and produced by Lizzette Atkins, Sue Taylor and Alison Tilson, will have its World Premiere in the Official Competition of the 2015 Venice International Film Festival next month and will be released in Australia by Palace Films on January 26, 2016.