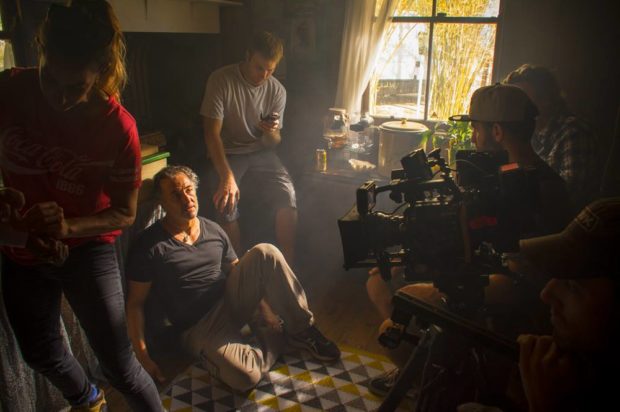 This has been an outstanding year for Australian movies with films like Lion and Tanna dominating the international box office and setting a new benchmark for powerful ethnically diverse films coming out of Australia. One of the most recent films to be borne out of this new era of Australian filmmaking is upcoming thriller ReFraction.

This Valentine’s Day, Hush Hush Biz had the pleasure of catching up with the creators of ReFraction, Mirko Grillini and Kaushik Das. It was perfect timing with ReFraction being a beautiful love story with a twist. They went onto explain that the film is a sentiment of love dedicated to this land’s first people and those yet to come. 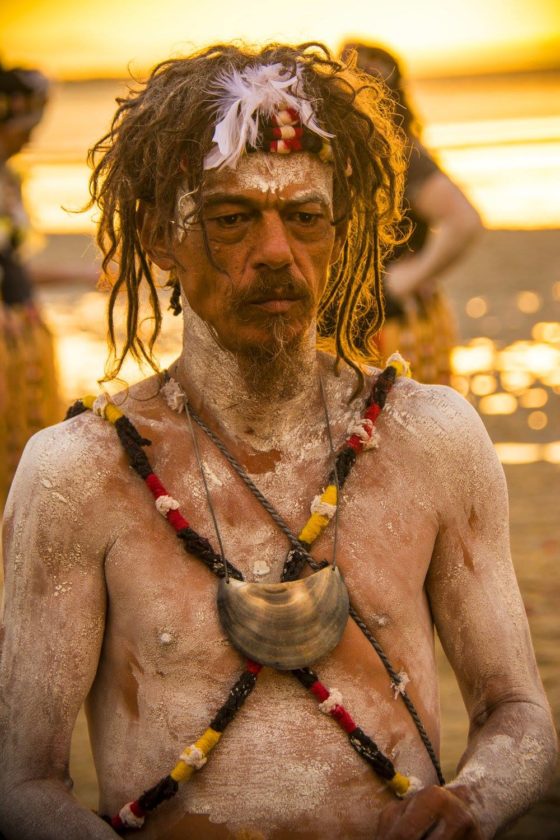 Joshua Walker, the leading song-man and dance-man of the Quandamooka people.

We were truly honoured to be have been welcomed into North Stradbroke Island (or Minjerribah as it is traditionally known) to film this heart-warming short film. We worked very closely with the traditional owners of the land, the Quandamooka people, to ensure all customs and country were respected.

Our chief cultural advisor was Joshua Walker, the leading song-man and dance-man of the Quandamooka people. Joshua is the grandchild of renowned author and activist Kath Walker or as she was known later in her life, Oodgeroo Noonuccal. With the importance of family being such an important thread running through the tapestry of the story, we felt very blessed that half the cast were direct descendants of Oodgeroo Noonuccal.

The film also received endorsement from the Quandamooka Yoolooburrabee Aboriginal Corporation (QYAC) and Minister Leeanne Enoch, who is the first ever Indigenous woman elected to the Queensland Parliament.
This experience has changed our lives forever and we are so honoured to be able to share with audiences the ancient wisdom of one the oldest indigenous groups in the world. 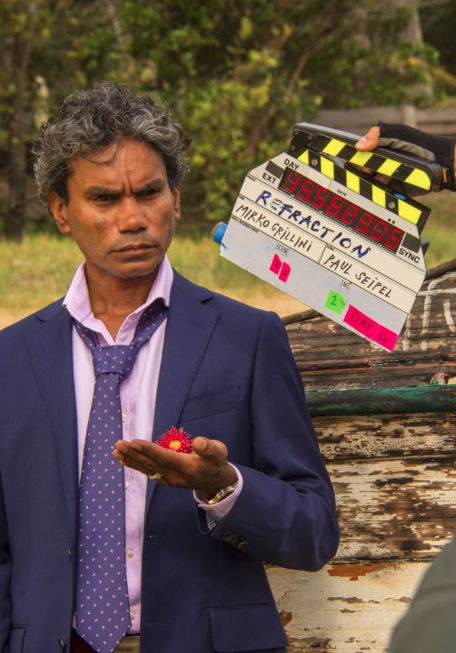 Making a film of this magnitude was quite challenging and we were very fortunate to receive support from the Regional Arts Development Fund (RADF). RADF is a partnership between the Queensland Government and the Redland City Council to support local arts and culture in regional Queensland. The community at large could see the compelling humanitarian message underlying the film and the support has been overwhelming.

Audiences are hungrier than ever for stories that feed the soul. With ReFraction, we have created arguably the most multicultural film to be ever made in Australia with a cast and crew featuring not only home grown talent but people from all around the world including Italy, India, Sri Lanka and Korea. The film is also bilingual with both English and Bengali being spoken. The director of ReFraction, Mirko Grillini, enjoying a quick break between shots with the local children from Stradbroke Island.

One of our most touching moments was when one of our Cambodian crew members approached us during preproduction and opened his heart recounting his difficult journey of coming to Australia as a refugee. He explained that this was his drive behind joining the crew of ReFraction.

The filmmaking duo told Hush Hush Biz they have been busy putting the final touches on the film working alongside Cutting Edge, who are known for their iconic work on films as wide-ranging as The Great Gatsby to Predestination.
ReFraction is due to commence touring local and international film festivals from May 2017.