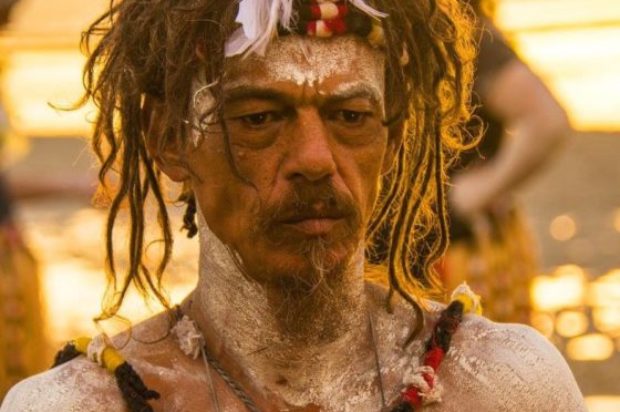 Big budget international blockbusters can often overshadow smaller homegrown productions shot in our very own backyard. On rare occasions, however, you do see an exception breakthrough, a smaller Australian film that punches way above its weight.

One of the most exciting of these recent local productions is ReFraction, written and directed by Mirko Grillini. The film is a modern day Australian story that follows an Indigenous Australian man who finds himself embroiled in a life-threatening situation with a stranded asylum seeker from Bangladesh.

The film is making waves in the international film festival circuit. At the world’s leading online film festival, Top Shorts, an Emmy Award winning jury panel handed out 4 awards to the film (Best Actor – Kaushik Das / Best Supporting Actor – Heath Bergersen / Best Narrative – Mirko Grillini / Honorable Mention Director – Mirko Grillini). The film also won 3 Awards of Excellence at the IndieFEST Awards in the United States. In winning an IndieFEST Film Award, ReFraction joins the ranks of other high-profile winners of this internationally respected award including Liam Neeson as the narrator of Love Thy Nature, A Path Appears Documentary featuring George Clooney and Blake Lively, Radical Grace executive produced by Susan Sarandon. One of the awards won by ReFraction was in the most coveted Social Justice and Liberation Film Category for the film’s sensitive treatment of human rights issues affecting the world today.

The film looks at the displacement of indigenous populations and the many other populations around the world as the refugee crisis broadens. Story creator and leading actor, Kaushik Das, explains, “The beauty of this film is it deals with big issues without ever getting political. We are not in the business of pointing fingers but rather opening hearts so people can work out for themselves what is the most humane solution to the world’s problems. We wanted to make this story a modern-day fairytale with a very human lesson. Just like Aesops Fables did in the past.”

Important scenes of the film were shot in breathtaking locations in North Stradbroke Island and the creative duo of Mirko and Kaushik formed very close friendships with the traditional owners of the land, the Quandamooka people. ReFraction showcases the finest local talent from the island traditionally known as Minjerribah. The leading actress is Kaleenah Edwards, a rising talent who is a proud Quandamooka woman. The film also features performances by the Songman of the Quandamooka people, Joshua Walker, and the indigenous dance troupe The Yulu Burri Ba Dancers.

Mirko Grillini expressed how much of an honour it was to work with the Quandamooka people. “ReFraction is about the spiritual connectivity between life and death and the unshakeable bond to Mother Nature held by the people who lived the earth thousands of years before us. This story, it’s a story of courage, determination and compassion, where differences are not the enemy and the discovery of each other hearts, leads to the realisation that we are all one.

I’m so pleased to see that ReFraction has received recognition overseas and that through this film, we could showcase internationally one of the most ancient populations of this beautiful country, The Quandamooka People.”
The filmmakers were recipients of grants from the Regional Arts Development Fund (RADF) for celebrating local stories and encouraging talent in the region to shine. Other supporters included Redland City Council, Quandamooka Yoolooburrabee Aboriginal Corporation (QYAC) and Arts Queensland.

The creative pair of Mirko and Kaushik are convinced small ripples in the ocean will eventually make waves.