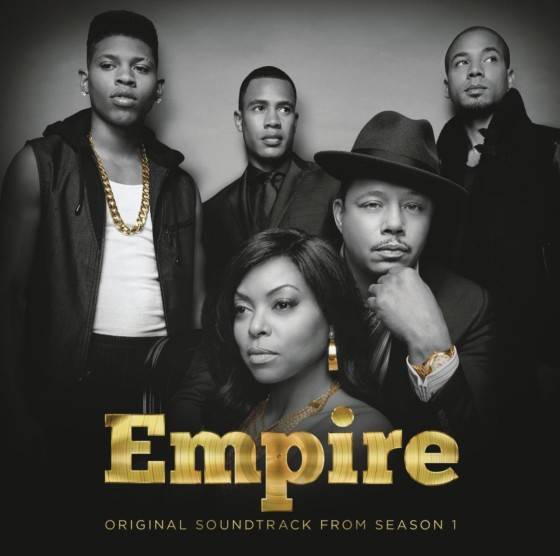 Sony Music Entertainment is pleased to announce the release of ORIGINAL SOUNDTRACK FROM SEASON 1 OF EMPIRE out Friday 8th May, 2015. Entering into the Billboard 200 chart at #1 the Empire Soundtrack was the first television soundtrack to debut on top of the chart in five years; the last to do so was in 2010, when three different Glee albums debuted at #1. EMPIRE has also reached an astonishing milestone with over 1 million digital US single sales to date.

Since its premiere earlier this year, EMPIRE’s meteoric debut season has broken records in the U.S and critics cannot stop raving about it as ratings grow week over week making it the #1 new series with adults 18-49 and the #1 broadcast drama overall in the US. In the season finale, Jamal and Lucious are on their way to forming a music-centered relationship, but once again, Lucious has a secret that’s about to change everything. Hakeem decides to flirt with the enemy, while trying to figure out what the best move is for his career. Meanwhile, Cookie is cooking up a plan of her own in the all-new, special two-hour Die ‘But Once/Who I AM’ Season Finale episode of EMPIRE airing soon on Eleven In Australia.
    
About Columbia Records
One of the most respected and successful record labels in the world, Columbia Records is home to established superstars and exciting new talent. Columbia Records is a wholly-owned subsidiary of Sony Music Entertainment.