10 Celebrities Answer The Call Of The Jungle. 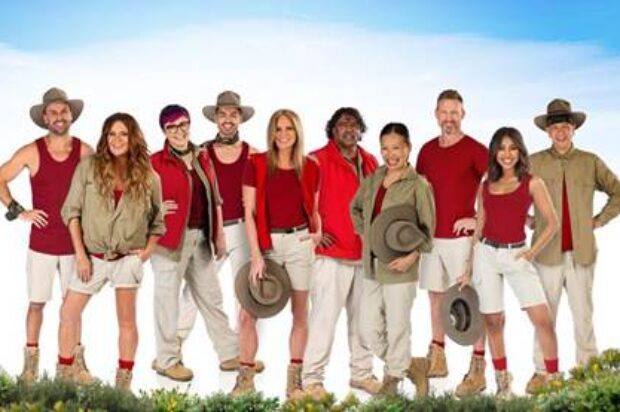 On tonight’s exciting premiere of I’m A Celebrity… Get Me Out Of Here! we finally revealed 10 celebrities who will put it all on the line to win $100,000 for their chosen charity.

And you know that mystery celebrity twist we have been banging on about? Well, we revealed that too!

Here are your celebrities for 2022:

Poh Ling Yeow. She is a MasterChef Australia alumni favourite who certainly knows her way around the kitchen, but it’s what she can do with rice and beans that will really put her to the test.

The David. A super influencer with 3.9 million followers, The David, as he is known by his fans, is a renowned shoe designer. He is the creative force behind the 8 Inch Daves, a pair of sky-high heels made famous by Miley Cyrus after she was spotted wearing them during her set in Glastonbury. Trust us (or don’t) when we say he is uber famous.**See below for the twist reveal.

Dylan Lewis. You may know Dylan from the iconic 90s music show Recovery, or his stellar radio work over the years, or for being an extra in Star Wars, scene 11, Dex’s Diner.

Beau Ryan. He is a TV host, slash sports star, slash singer, slash comedian. A prankster with boundless energy, Beau is the larrikin Australia loves to laugh along with, but mostly, at.
Maria Thattil. She was crowned Miss Universe Australia 2020 and is out to prove she is more than just a pretty face.

Nathan Buckley. Spanning a 280 game playing career, Nathan is one of AFL’s most decorated players. Recently, he spent a decade as the respected coach of Collingwood. Even more recently, he has entered the Australian jungle as a celebrity campmate.

Emily Seebohm. Four time Olympian, Emily has won an incredible 56 medals on the world stage, making her one of Australia’s most celebrated swimmers. She debuted for the Australian team at the age of 14, and at the age of 29 she is making her jungle debut.

Derek Kickett. He is a former AFL superstar whose thirst for the ball often made him oblivious to danger which probably explains why he signed up for this.

Cal Wilson. This funny lady, ventured across the Tasman in 2003 and has gone on to be a favourite guest on Have You Been Paying Attention? and Hughesy, We Have a Problem, as well as the queen of the comedy circuit. But will she have the last laugh?

**Now on to the mystery celebrity twist. On tonight’s episode, Poh was the first celebrity revealed and was immediately tasked with a secret mission. Fellow celebrity, The David, is not actually a celebrity. He is just a regular Joe, or David, from the Gold Coast. It is up to Poh to convince the other celebs that David is a world famous shoe designer with an outrageous social media following. For every day they keep the lie going, they will win a reward for the entire camp.

Tomorrow night, can Poh and our so-called celebrity continue their secret mission in the so-called jungle? Plus, International Reality TV Star Joey Essex arrives to shake up the camp.

I’m A Celebrity… Get Me Out Of Here!
Continues Tomorrow Night .
Only On 10 And 10 Play On Demand.