$17 MILLION TO BE INVESTED IN 23 PROJECTS 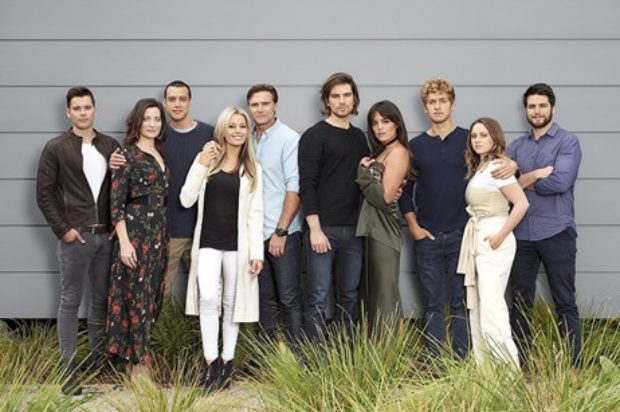 Six films, ten television series and seven online productions have received production investment from Screen Australia, totalling well over $17 million. Collectively the projects represent over $142 million in production across the country. The slate includes a movie adaption of Jane Harper’s international hit novel The Dry to be directed by veteran filmmaker Robert Connolly and produced by Bruna Papandrea’s (Big Little Lies) Made Up Stories. Plus fan-favourite Wyrmwood is set to terrify audiences anew with a virtual reality short film.

Aquarius Films (Lion, Berlin Syndrome) will make the move into children’s television with the ABC tween series The Unlisted, and the team behind international award winning film 52 Tuesdays will create a new four-part SBS drama titled The Hunt. Also for SBS, Since 1788 Productions and Queensland’s Ludo Studio have received funding to create online Indigenous-led comedy series Robbie Hood with Dylan River (Black Chook, Finke) attached to direct. 10 year Beached Aziversary, the third series of the online sensation Beached Az will go into production for the ABC from the creative team behind Bondi Hipsters.

“It truly is a remarkable time for Australian television, and it is clear local broadcasters and streaming services see our local stories as their point of difference in an incredibly crowded marketplace. Many of the titles in this round have the makings of returnable series, representing potentially years of work for not only the creative teams, but for the hundreds of cast and crew that it takes to get these stories to screens.”

“We don’t have to look far for a case study of what Australian drama can deliver, with the critically acclaimed Mystery Road TV series having the highest video play measurement* on ABC iview for any drama since data capture began. What’s more, Foxtel’s Picnic at Hanging Rock is case in point that it’s not just Australians that want our stories, with the global marketplace hungry for quality content. The cultural, creative and commercial dividends are clear.”

FUNDED TELEVISION DRAMA PROJECTS INCLUDE:
Streaming service Stan has commissioned its next original series titled Bloom. This supernatural 6 x 60 minute drama will be produced alongside Playmaker Media and written by Glen Dolman (High Life) with John Curran (Chappaquiddick, Tracks) directing. The series will centre on a small Victorian country town recently devastated by flood. When a strange plant appears that has the power to restore youth, the rejuvenated townsfolk must face the consequences of their new found youth and amend their deepest life regret. Film Victoria are invested in the production.

‘The Kates’ (McCartney and McLennan) will return to the ABC with a second season of their satirical morning television show Get Krack!n. Produced by Tamasin Simpkin and Antje Kulpe, and executive produced by Token’s Kevin Whyte (Please Like Me, Rosehaven, The Katering Show), season two of the series will be 8 x 25 minutes and continue to build on its commitment to encourage diversity in the writers room. Film Victoria are also on board to support the second season.

Rebecca Summerton and Sophie Hyde, the producer and directing duo behind Closer Productions have teamed up with a new drama series for SBS, The Hunt. The series will be Closer Productions’ first long form television drama project with Sophie Hyde directing and Matthew Cormack (52 Tuesdays) and Niki Aken (The Secret Daughter) on board to write. The 4 x 54 minute female-centric drama centres on two high school teachers who discover students are sharing explicit photos of their underage friends and peers – a revelation that puts unbearable stress on the tightly woven lives of four teenagers and their families. South Australian Film Corporation has also invested in the series.

Network Ten alongside the experienced television production company Screentime are set to bring audiences the juicy new 8 x 46 minute drama series Playing for Keeps. The plot is set to follow the male-dominated world of a football club where the real power is with the women. The creative team including writers Claire Phillips and Christine Bartlett are experienced in creating strong female-led dramas having worked on successful series Offspring and The Wrong Girl. Film Victoria have also invested in the production.

Aquarius Films (Lion, Berlin Syndrome) will make their foray into children’s television with the highly anticipated tween series, The Unlisted. This 15 x 26 minute series, created by Justine Flynn, has a team of nine writers including Mithila Gupta, Timothy Lee, Tristram Baumber, Jane Allen and Greg Waters. Confirmed directors include Rhys Graham and Corrie Chen. This highly experienced team aim to create a smart action series for children.
A further four television projects were also approved and will be announced later this month.

FUNDED FEATURE FILM PROJECTS INCLUDE:
Nick Batzias of Good Thing Productions (That Sugar Film, Save Your Legs!) has teamed with Veronica Gleeson and Kate Neylon to produce emerging director Maziar Lahooti’s first feature film Below. Set in a near-future Australia, Below tells the story of Dougie, a darknet grifter who enters a world of corruption and blackmail in a detention centre called Newhaven. Renowned Australian playwright Ian Wilding has penned the screenplay, with Screen West and MIFF Premiere Fund on board too.

The Dry will be an adaptation of the bestselling and award-winning debut novel by Jane Harper of the same name. Powerhouse producers Bruna Papandrea (Big Little Lies), Jodi Matterson (Down Under) and Steve Hutensky (The Nightingale) are on board alongside Australian director Robert Connolly (Balibo, Paper Planes, The Turning) and writer Harry Cripps (Paws, Willfull). The marquee creative team is set to deliver a high concept murder mystery as an Australian Outback noir.
Rams is an English-language adaptation of the successful Icelandic film Hrútar, which won the 2015 Un Certain Regard award at Cannes Film Festival. The film has been adapted by Western Australian screenwriter Jules Duncan and will be produced by Janelle Landers and Aidan O’Bryan from WBMC (Wasted on the Young, Son of a Gun). Jeremy Sims is directing the film which tells the story of two feuding brothers on adjoining sheep farms who must find a way to work together to save their small town and their family’s legacy. The film is being distributed in Australia by Roadshow and WestEnd Films is handling worldwide sales.

Acclaimed indie production company Carver (Partisan, Snowtown, Sunshine) will begin working on their next feature film Relic. Relic is a psychological horror about three generations of women – daughter, mother and grandmother – who are haunted by a manifestation of aged dementia that is taking over their family home. It marks the feature directorial debut of Natalie Erika James (Creswick, Tritch) who has co-written the script with Christian White. Relic is the second Gender Matters Brilliant Stories developed feature to go into production, and will unite a strong female cast and crew with Film Victoria also providing funding, and two major US partners to be announced with the cast.

FUNDED ONLINE PRODUCTION PROJECTS INCLUDE:
The creative team behind iconic Australian online classics Trent From Punchy, Bondi Hipsters, and Jeremy The Dud will return to make a third 10 x 5 minute series of their kid-dult animation 10 year Beached Aziversary to be aired on ABC. Written and directed by Nick Boshier, Jarod Green and Anthony MacFarlane, Beached Aziversary will reunite the Whale (Boshier) and the Seagull (Macfarlane) in addition to a new set of seafaring, human’ish, and mythical-creature friends. Absurdity and hilarity are set to ensue in this online original sensation.
The Big Nothing is a sci-fi detective thriller co-directed by Lucy Campbell and Peter Ninos, and produced by Sharptooth Pictures with Sophie Morgan and Adam Camporeale. This project has unified a creative bunch of emerging film practioners from Adelaide under the umbrella of Sharptooth Pictures. The 5 x 7 minute online series will surround Detective Lennox who is sent to investigate a murder on an isolated mining outpost near Saturn.

Deliberate mischief, accidental friendship and attempted ‘adulting’ are at the heart of the original 6 x 8 minute online comedy series The Drop Off. Created by experienced writers and performers Fiona Harris (The Beautiful Lie) and Mike McLeish (Utopia, Keating the Musical!), this short form comedic gem explores that strange bubble of time every school morning between when parents and carers drop the kids off, and when the school bell tolls. It may be set in a school yard, but The Drop Off reminds us all that growing up never stops.

Ludo Studio and Since 1788 will co-produce Robbie Hood, a re-imagining of the classic tale Robin Hood. Set in outback Alice Springs, the 6 x 10 minute comedy series follows Robbie and his gang of pre-teen mischief masters. The project will be directed and written by Dylan River (Finke, Sweet Country), co-written by Kodie Bedford (Grace Beside Me, Mystery Road), produced by upcoming producers Tanith Glynn-Maloney and Meg O’Connell, and executive produced by Charlie Aspinwall and Daley Pearson. This team will work with the highly regarded Patricia Morton-Thomas who will act as Indigenous consultant on this uplifting portrayal of the contemporary Aboriginal experience in Alice Springs. SBS, Screen Queensland and Screen Territory are also on board to support the series.

Writer/Director Tonnette Stanford, and producer Opening Act Films, will deliver the second season of their 6 x 14 minute online series Romp. Originally launching as Love Bytes in 2014 and generating over 9 million views online, the team have rebranded their successful LGBTQI series to Romp. The sitcom style series will continue following Jade, Stacey and Michael, the neapolitan ice cream of sexuality; young, sexy and single, who seek love and romance, but instead find misadventure in Sydney’s hetero-flexible dating scene.
Director Kiah Roache-Turner and producer Tristan Roache-Turner will be back to present their next addition to the Wyrmwood brand, Wyrmwood VR. Teaming with VR specialists, Spectre Studios, this one-off 15 minute short form virtual reality experience will allow audiences to immerse themselves in the Wyrmwood zombie narrative. The cult success of Wyrmwood: Road of the Dead in 2014 makes this one of the most anticipated VR projects in Australia.