Prepare for a cinematic tour-de-force…
At the 2015 Alliance Française French Film Festival!

The nation’s most sparkling film event, the Alliance Française French Film Festival, will return for its 26th annual season around Australia from early March until mid-April 2015.

Proudly presented by the Alliance Française in association with the Embassy of France in Australia and the generous support of Principal Sponsor Peugeot, a vanguard of Europe’s automobile industry, the Festival will screen throughout eight cities at a host of glamorous Palace cinema locations. Playing across nine distinctly named sections will be numerous highlights, including Beauty and the Beast, The Blue Room, Breathe, Chance Encounter, The Connection, Eden, The New Girlfriend, Girlhood, Saint Laurent, Samba and 3 Hearts. Also screening will be Jean Renoir’s 1937 masterpiece, Grand Illusion starring Pierre Fresnay, Jean Gabin and Erich von Stroheim that will feature in a section entitled Lest We Forget, commemorating World War I. 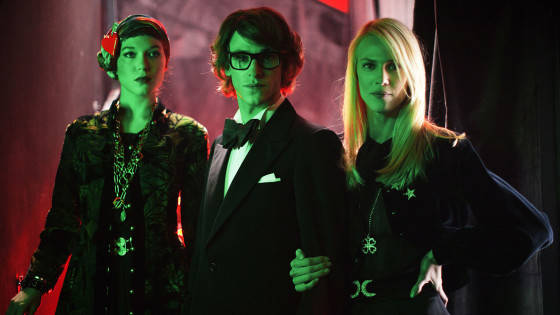 With so much entertainment in store, next March just can’t arrive quickly enough!!!

National dates and venues for the 2015 Alliance Française French Film Festival are: