The Gympie Music Muster has a proud 36-year history of showing off the best of Australian music talent, and this year’s festival will be no different. Joining the already packed line-up of country icons will be the Emerging Talent Showcase, an event which gives new artists the golden opportunity to get on the industry map.

Gympie Music Muster Program Director, Jeff Chandler commented on the initiative saying, “As an artist manager and now as a festival programmer I know just how important it is for new and emerging talent to receive opportunities along the path to what will hopefully be a professional career. It is the aim of the Muster to give a platform to some of Australia’s finest aspiring talent and where possible, support them into the future.”

Held over the four days of the Muster (24th-27th August) the showcase will feature 20 new artists selected by the Muster Programming Team from online applications, and represent the cream of Australia’s young country music crop. Each artist will have the opportunity to perform for 20-minutes, in performances scheduled at the various venues throughout the Muster, including The Crowbar, the Muster Club and the Grove stages. There is no requirement for an artist to perform in any particular genre or to do only covers. Artists are free to perform 100% original material if they choose. 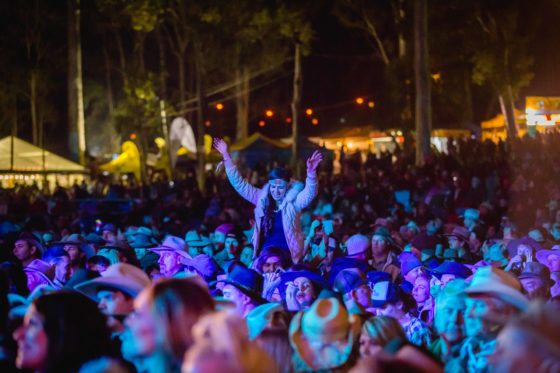 One of the most exciting new acts to be appearing at this year’s Emerging Talent Showcase is sixteen-year-old Sydney-sider Sophia Chesworth, winner of last year’s Junior Muster Talent Search. After the 2016 Gympie Muster, Sophia recorded her Talent Search winning song, ‘Shine On Me’, which debuted at #1 on the iTunes Country Music Charts and has had airplay on a number of country music radio stations. After the Muster launched her career, Sophia has won a host of awards, including the 2016 Youth Section of the Australian Songwriters Association (ASA) National Songwriting Contest, 2017 Junior Songwriter at the Tamworth Country Music Festival, and Top 5 in the Youth Section at the 2016/2017 National Country Songwriting Contest.

“I’m really excited and grateful to have been chosen to perform in the Emerging Talent Showcase at such a major festival as the Gympie Music Muster and to be included in a lineup of so many great artists,” Sophia said.

This year, the showcase judging will involve a People’s Choice award, determined by Facebook voting, which will be combined with votes from a panel of selected industry professionals to determine the final winner. While the showcase is not a competition in the vein of the famous Muster Talent Search, there will be a ‘prize’ in the form of an opportunity for a 15-minute spot on main stage in front of a packed crowd on Sunday afternoon then a song with the all star lineup in the New-grass Showcase closing event, on Sunday evening.

Held in the Amamoor Creek State Forest in the beautiful Sunshine Coast Hinterland, the 2017 Muster will feature more than 100 artists in more than 300 performances across multiple stages. The artists cover a range of genres including country, bluegrass, folk, blues and rockabilly. An unmissable event for music lovers, one ticket price gives Muster goers free camping and multi-venue access to all performances to experience everything Australia’s biggest country music celebration has to offer. See below for the full line!

To book tickets and see the full music line up, visit www.muster.com.au.