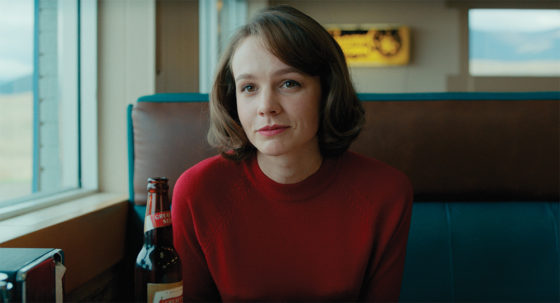 Based on the 1990 Richard Ford novel of the same name, Dano’s debut directorial outing (co-written by Zoe Kazan, seen alongside Dano at MIFF’s 2012 Ruby Sparks) tells a tender and empathetic story about a teen dealing with his family falling apart in 1960s Montana.

A hit at Sundance and Cannes, Wildlife is a bittersweet and elegant debut that represents a major coming-of-age – both off screen and on – for Oxenbould, an actor who broke out in MIFF 2014’s Paper Planes and last year’s MIFF Premiere Fund-supported The Butterfly Tree. Buoyed by exquisite cinematography from Diego Garcia (Neon Bull, MIFF 2016; Cemetery of Splendour, MIFF 2015) the film’s fine-tuned attention to period detail underscores its exceptional performances.

“We are thrilled to announce Wildlife for this year’s Opening Night Gala. Paul Dano’s debut as a director provides a glimpse into a successful shift in his career from on screen to off, and the cast including Australia’s very own Ed Oxenbould (a special name here at MIFF) is an impressive way to kick off proceedings,” said MIFF’s Artistic Director Michelle Carrey.

“This in addition to the sneak peek of the rest of the program is an exciting time. Finally we can start talking about the most important thing…the films!”

This year’s blue carpet glamour will mark the third consecutive year that MIFF has partnered with Grey Goose to curate a luxury experience at the Regent Theatre for the Opening Night Gala. MIFF guests will be welcomed to the event to sip the iconic Grey Goose Le Fizz – a celebratory cocktail served at the top award season parties and enjoyed by celebrities at events such as the Oscars and Toronto International Film Festival.

“Celebrating the achievements of the screen industry aligns with the values of Grey Goose, as we consider film to be of significant cultural importance and one of our key brand pillars. We’re very proud to be solidifying the Melbourne International Film Festival partnership for the third year to recognise and celebrate this shared interest. The festival attracts the best filmmaking talent and we’re truly honoured to help acknowledge those who celebrate a life well lived.

“We look forward to welcoming guests to MIFF 2018, to toast the films of the festival on our blue carpet, with a beautifully crafted Grey Goose Le Fizz cocktail. Grey Goose Le Fizz is shaken over ice with St-Germain elderflower liqueur, a squeeze of fresh lime and topped with soda,” says Jonathan Sully, Marketing Director, Bacardi-Martini.

This year’s MIFF program will feature more than 500+ screenings. Ahead of the full program announcement on Tuesday 10 July, a selection of some of the most anticipated screen works of the year and best in international and local cinema includes:

Ethan Hawke features with both on and off-screen contributions: he portrays a troubled priest experiencing a ‘crisis of faith’ in cinematic legend Paul Schrader’s latest feast of brooding menace, First Reformed; in Blaze, Hawke directs a daringly unconventional biopic of an unsung country music legend, featuring newcomer Benjamin Dickey in the title role (which won him a Sundance acting award) and Alia Shawkat.

In a variety of filmmaking firsts, acclaimed TV director Michael Pearce makes his feature debut in the sly, unsettling Beast – an impressive British crime drama love story wrapped in an intriguing psychosexual thriller; veteran slow-cinema auteur Tsai Ming-liang makes his debut foray into virtual reality with The Deserted, a 55-minute experience with a wordless, near-feature length tale of ghosts, grief and fish; and a little closer to home, Nash Edgerton’s TV series directorial debut Mr Inbetweenbrings The Magician’s charismatic killer-for-hire Ray Shoesmith back to our screens. MIFF will screen all six episodes before its television premiere on Foxtel’s Showcase channel.

The 2018 program delves deep into three iconic names spanning fashion, sport and Hollywood, starting with McQueen, a flamboyant portrait of one of the world’s most revered designers, Alexander McQueen – a man who once said “My shows are about sex, drugs and rock’n’roll. It’s for the excitement and the goosebumps. I want heart attacks. I want ambulances.” This biographical documentary by Ian Bonhôte and Peter Ettedgui represents nothing less.

Julien Faraut’s John McEnroe: In the Realm of Perfection serves up a fascinating combination of instructional clips and exquisite 16mm footage of tennis bad boy John McEnroe at the height of his career at the 1984 French Open; and looking into the life of another legend, Tommy Avallone’s Bill Murray Stories: Life Lessons Learned from a Mythical Man follows the trail of the star’s alleged appearances musing on the interconnection of pop culture and ordinary life.

An Elephant Sitting Still takes us on a four-hour journey as Hu Bo paints a compelling, empathetic portrait of contemporary China in this FIPRESCI Prize-winning debut; and winner of SXSW’s Grand Jury Prize for documentary, People’s Republic of Desire is Hao Wu’s unsettling and fascinating look into the online world of live-streaming, social media and virtual relationships.

Turning impending loss into a poignant, poetic dreamscape, The Seen and Unseen is the second feature from Indonesia’s Kamila Andini and winner of best youth film at the 2017 Asia Pacific Screen Awards; Tigers Are Not Afraid is a stunning contemporary fairytale that does for Mexico’s drug war what Guillermo del Toro did for the Spanish Civil War. Praised by Stephen King, the film saw Issa López become the first woman to win Fantastic Fest’s Best Horror Director award.

Features from around the globe

The UK’s Daniel Kokotajlo makes a devastating debut with Apostasy, a daring study of an all-female Jehovah’s Witness family riven by religious conflict starring Siobhan Finneran (Downton Abbey and Happy Valley); Babis Makridis proves he is coming into his own as a star with a second feature, Pity. A follow up to L (MIFF 2012), the quintessentially bleak and absurdist Greek New Wave comedy from the co-writer of The Lobster and Dogtooth was co-written with Yorgos Lanthimos’ key collaborator Efthymis Filippou (The Killing of a Sacred Deer, MIFF 2017).

Based on Anna Seghers’ WWll novel of the same name, Transit is the slow-burn thriller from revered auteur Christian Petzold – a discomfiting fable of trans-European displacement that channels both Hitchcock and Casablanca; and one of contemporary cinema’s most esteemed directors Lucrecia Martel makes her long-awaited return with the historical fiction Zama, centred on an 18th-century Spanish magistrate marooned in a far-flung South American outpost where he’s losing touch with civilisation and sanity.

Spaghetti Western, ’70s Euro-pulp and delirious psychedelia collide in Let the Corpses Tan – a glorious homage to cinema’s seedier retro fringes from genre connoisseurs Hélène Cattet and Bruno Forzani; audiences will step back in time to the French fashion scene with legendary fashion photographer William Klein’s award-winning black and white mockumentary that is now a groovy cult classic, Who are you, Polly Maggoo? and nominated for Best Foreign Film at the 2018 Academy Awards, The Insult is the multi-award winning new work from Lebanese visionary Ziad Doueiri (The Attack, MIFF 2012).

Delving into the complex emotions of passionate pop-music appreciation, emerging local director Jessica Leski presents I Used to be Normal: A Boyband Fangirl Story – an empathetic documentary exploring why we hold pop music so dear to our hearts.

The NSFA-restored The Cheaters offers viewers a rare big-screen treat of a pioneering silent-era classic. A major landmark of Australian cinema, this is not just one of our earliest feature films – it’s one of the first by women filmmakers, the McDonagh sisters. The remaining fragments of the sisters’ popular first feature Those Who Love will screen alongside.

Director Jeremy Sim’s (Last Cab to Darwin, Beneath Hill 60) Wayne is a must-see for moto-GP fans. Here, Sims explores a defining piece of Australian sporting history that saw Wayne Gardner conquer the world of motorcycle racing and return home a hero; while Island of the Hungry Ghosts takes audiences on a unique and moving cinematic journey through the intersection of Christmas Island’s migrating land crabs, lost souls caught in limbo and political detainees.

Sundance award-winner, Stephen Loveridge digs deep into the life of his good friend Mathangi ‘Maya’ Arulpragasm in MATANGI / MAYA / M.I.A, demonstrating her pull-no-punches personality and focus on political activism, and how this caused her career to suffer; and rounding up the First Glance lineup, directors Dyana Winkler and Tina Brown dive wholeheartedly into the African-American roller rink scene, circling around racial profiling, the roots of rap and communities in crisis with Tribeca Film Festival Audience Award winner, United Skates.