casting filmmakers LILLY SULLIVAN by Caroline Russo | on November 17, 2020 | 0 comments | in Film News | Like it 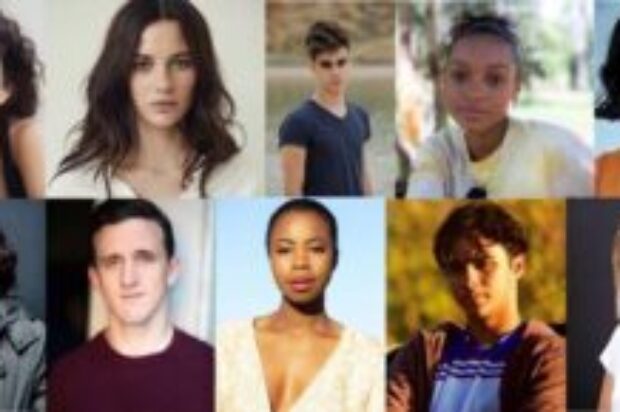 The annual list has a strong track-record of picking Australian talent who are truly on the cusp of greatness. Previous recipients include Eliza Scanlan (Babyteeth, Little Women), Katherine Langford (13 Reasons Why), Tilda Cobham-Harvey (Hotel Mumbai) and Alexander England (Little Monsters).

CGA President David Newman said: “Each year all CGA members nominate and then vote for 10 emerging artists they see as Rising Stars, those who we believe are most likely to cut through at an international level. In 2020, these actors have gone from all work stopping, thinking they may never work again to now being presented as some of the most promising of their generation – what a roller coaster! We’re extremely proud to present 10 emerging artists who aren’t only amazingly talented but also represent the future of what Australian screens and stages should be – wonderfully diverse, from all backgrounds and abilities with the common thread of being passionate, dedicated, wonderful actors and storytellers.”

Ayesha Madon is a performer, instrumentalist and songwriter who made her debut at Belvoir in Fangirls. Madon has performed in theatrical productions including the role of Juliet for the Australian Shakespeare Company’s Romeo and Juliet, Melbourne Theatre Company’s Vivid White and part of the ensemble cast for Morning Melodies at the Arts Centre Melbourne.

In 2018, while completing her studies at NIDA, Bridie McKim became the first disabled actor to play a lead role on Australian television in The Heights. Prior to this she starred in Sofya Gollan’s short film Gimpsey, Laura Nagy and Daniel Monks’ short film Bodies and the comedy web series All We Have is Now.

Daniel Monks is an actor, filmmaker, and dancer who made his feature film debut in Pulse; a role which earned him an AACTA Award nomination for Best Lead Actor. He most recently appeared in hit TV series The Split and was awarded Best Actor in a Play at the 2020 The Stage Debut Awards, as well as being nominated for Best West End Debut Performer.

Lily Sullivan made her feature film debut in 2012 in PJ Hogan’s Mental, opposite Toni Collette and Liev Schreiber and most recently starred in The Other Guy season 2. She has appeared in numerous film and TV roles including Picnic At Hanging Rock which premiered at Berlin Film Festival, Romper Stomper for Stan, Greg McLean’s feature Jungle, Sucker, Galore, NBC series Camp and the critically acclaimed TV series Rake, with Richard Roxburgh.

Luca Sardelis is an actress best known for roles in Barracuda, Nowhere Boys, Deadlock and most recently in SBS drama series The Hunting, alongside Asher Keddie and Richard Roxburgh.

Ratidzo Mambo is an actress and producer, best known for her performances in Escape from Pretoria, Stan Original The Gloaming and Glee.

Thomas Weatherall is an actor, best known for his performances in Deadlock and Shed.

Yazeed Daher is a series regular in ABC’s hit drama series The Heights and has previously appeared in The Hunting and AACTA Award winning series Safe Harbour alongside Ewen Leslie and Phoebe Tonkin.

From today, audiences can meet this year’s Rising Stars as part of a 10 day series on CGA’s IGTV Channel, with a new interview posted each day at 6PM in the lead up to the official presentation at the CGA Awards ceremony on Saturday 28 November.

The Rising Stars program is proudly supported by Casting Networks & Showcast, with both providing 24-month premium memberships for each of the actors.