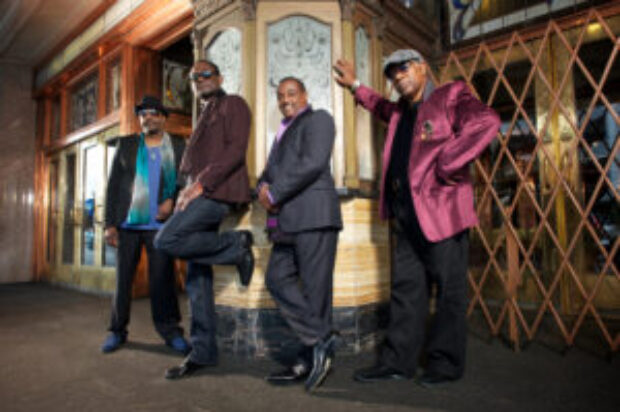 Byron Bay Bluesfest releases the largest FIRST Artist Announcement made in the history of the festival. This highly anticipated release includes many of the artists intended for this year’s event and features a total of 50 artists including the Bluesfest Busking Competition and the debut appearance of The Australian Americana Music Honours.
New additions to the top end of the bill are International folk-stars Bon Iver, the god of Aussie rock Jimmy Barnes, festival favourite Michael Franti & Spearhead, and steaming hot off their No.1 debut on the ARIA album chart last May with “Live At The Forum is none other than one of this country’s fastest rising stars The Teskey Brothers.
The Black Sorrows, Melbourne Ska Orchestra and an exclusive performance by Weddings Parties Anything; their first show since 2012, are also new top notch additions to this first announcement.
· 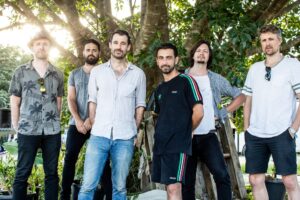 Last week’s strong start to Early Bird ticket sales clearly demonstrates people are looking forward to leaving the house so they can soak up some much needed food for the soul. The 2021 Bluesfest promises to be a safe and full festival experience running across five stages and including all the trimmings from camping to rainbow tipis, market stalls, the busking competition, great food and the perennial warm good vibes that is Byron Bay Bluesfest.

All ticket types and Add-Ons are on-sale today.

Commenting on the announcement, Festival Director, Peter Noble OAM said, “When Bluesfest 2020 was ordered by the Government to shut-down 2020 we immediately put our noses to the grindstone within days of the cancellation and got on with 2021. This Artist Announce is a testament to that fortitude. As this country’s most highly awarded music festival, we are working with Government to find the best possible outcomes for Bluesfest 2021. We want to present another great event, one that is safe and with best-practise protocols implemented on every level. We need it, the music industry needs it and the greater community needs it. Together we will find the most prudent pathway to revive the live music industry, an industry that is aching to get back to work ASAP.

I am so grateful to all the international artists who want to return and be a part of 2021 Bluesfest, to all the Australian artists and to everyone in our industry supporting us in leading the way back to live music. Above all my thanks go to the resilient Bluesfest team who have been dedicated through what has been the hardest time yet we have experienced in presenting a music festival. Bluesfest 2021 will be much more than the music on stage and the wonderful audience along with all those who present it. It will be an integral part of the return of the live music industry. Many of 2020s line up want to return, so we fulfilled that and included some surprises like Bon Iver, Michael Franti & Spearhead, Jimmy Barnes and The Teskey Brothers to name a few. It’s a long way to next Easter and by that time travel restrictions are sure to be different. In the case of no international travel I’ve programmed a damn good line up of locals and a vibrant festival experience so people can come out and play. Last week’s Early Bird ticket sales proved to me that people are keen for next year’s Bluesfest. Yes the future is uncertain for everyone, but humans need enjoyment, a place they can feel comfortable and trust they are in good hands, and Bluesfest is, and has always been that.

Northern NSW benefits greatly from the people who attend Bluesfest. The festival’s contribution to our community financially is huge and we look forward to sharing the results of the Bluesfest Economic Impact Survey in a detailed report soon.”

A SECOND ARTIST ANNOUNCEMENT is expected to follow in the Spring.
SNAPSHOT ARTIST BIOGRAPHIES

ARTIST ON STAGE
Bon Iver
When Bon Iver released ‘For Emma, Forever Ago’ in early 2008 it introduced Justin Vernon as one of the most gifted songwriters of his generation and revealed a sound that was distinct — tethered to time and to place, to a season of contemplation and the crisp, heart-strung isolation of a northern Winter. Its successor, the self-titled ‘Bon Iver, Bon Iver’, brought something more frenetic, the rise and whirr of burgeoning Spring, of hope and sap and movement. In 2016’s ‘22, A Million’, Vernon came to see something different again: “it was,” he says, “our crazy energy Summer record.”
Patti Smith and Her Band
Punk rock’s poet laureate Patti Smith ranks among the most influential female rock & rollers of all time. Ambitious, unconventional, and challenging, Smith’s music was hailed as the most exciting fusion of rock and poetry since Bob Dylan’s heyday. If that hybrid remained distinctly un-commercial for much of her career, it wasn’t a statement against accessibility so much as the simple fact that Smith followed her muse wherever it took her, from structured rock songs to free-form experimentalism, or even completely out of music at times. Her most avant-garde outings drew a sense of improvisation and interplay from free jazz, though they remained firmly rooted in noisy, primitive, three-chord rock & roll.

Walter Trout
Over the course of the last several decades, Walter Trout has been a prolific artist. He’s regularly released offerings from the studio, so this moment of offering a covers album is somewhat of a curveball. His 2017 all-star release, ‘We’re All In This Together’, shows no sign of burning out and continues to receive accolades and sales on a global basis, alongside four awards for Blues Rock Album Of The Year.
The Bamboos
Australian soul group the Bamboos progressed from bare-bones deep funk revivalists to a more ambitious, mature act, stepping up the production values and scoring radio hits in their native country. Not only will they be celebrating their 20th Anniversary as a band, but they are primed to perform new music from their 10th studio album at 2021 Bluesfest.
Mick Thomas’ Roving Commission
Running along side Mick’s current band the Roving Commission is a whole raft of projects such as the magnum opus theatre piece The Vandemonian Lags (featuring Tim Rogers, Brian Nankervis, Liz Stringer among others). There’s more theatre work in development coupled with the running of a boutique inner city music venue (The Merri Creek Tavern). It would be too easy for Mick to revive and live his life in the shadow of his iconic seemingly never to be forgotten band Weddings, Parties, Anything but more than ever it comes down to the shows he’s doing now and the songs he is about to write and record -and so let us finish with a quote from a former director of The Port Fairy Folk Festival Jamie McKew OAM: “ Mick Thomas has some secret magic to his writing…he surely can write great songs that make you say “why didn’t I think of that?” But of course we never do. He can roll up to any crappy stage and make it the centre of the universe to any audience. Mick is the real deal, no doubt about that!