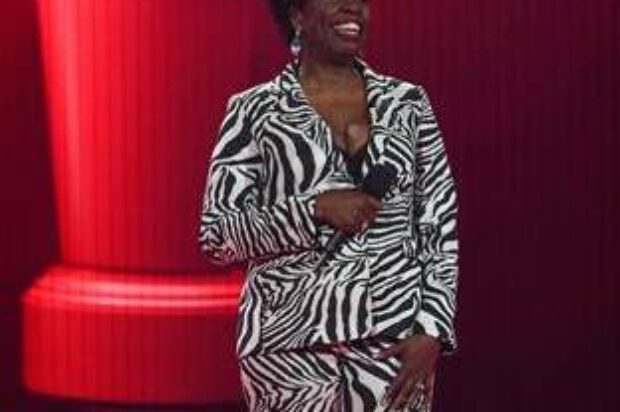 Description automatically generatedThe 2021 MTV Movie & TV Awards aired live from the Palladium in Los Angeles on Monday, 17 May. Comedienne and actress Leslie Jones hosted the show, which kicked off MTV’s epic two-day event celebrating the biggest and best moments in film and television.

Taking home the Comedic Genius award, Sacha Baron Cohen became the fourth recipient of the highly-coveted award, which honors an actor who has made incomparable contributions to the world of comedy, providing a major influence through their work and transforming the genre at-large. He joins an impressive roster of past comedic trailblazers who have received the award, including Melissa McCarthy (2016), Kevin Hart (2015) and Will Ferrell (2013).

The two-day event will continue tomorrow when the inaugural MTV Movie & TV Awards: UNSCRIPTED, a first-of-its-kind celebration of all things reality television airs Tuesday, 18 May at 11am on MTV. Hosted by comedian Nikki Glaser, the show will celebrate the best jaw-dropping, no-rules, drama-filled moments from our favorite reality shows.

Executive Producers for both the 2021 “MTV Movie & TV Awards” and the Movie & TV Awards: UNSCRIPTED are MTV’s Bruce Gillmer, Wendy Plaut and Vanessa Whitewolf and Den Of Thieves’ Jesse Ignjatovic and Barb Bialkowski. Jackie Barba and Alicia Portugal are Executives in Charge of Production and Lisa Lauricella serves as the Music Talent Executive for both events

To All the Boys: Always and Forever

BEST PERFORMANCE IN A MOVIE

BEST PERFORMANCE IN A SHOW

Anthony Mackie – The Falcon and the Winter Soldier

“Edge of Great” – Julie and the Phantoms

MTV Movie & TV Awards: Unscripted
Premieres Tuesday, 18 May At 11am On MTV.