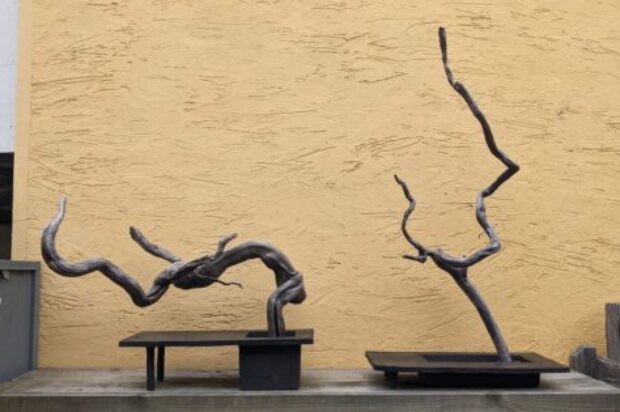 Winners of the 2022 National Capital Art Prize have been announced at the official opening
of the Public Exhibition of Finalists – selected from the 127 shortlisted artworks which
travelled to Canberra from all over the country for the final round of judging.
Three talented Australian artists, across three prize categories, have each been awarded a
cash prize of $15,000. Emeritus Professor Sasha Grishin said, “While it is customary to say judging was tight, the
calibre of the work was outstanding and there was vigorous debate – and all of this was to
some extent true – there was unanimity in deciding the winning entries in all three
categories.”

2022 Winners:
• John Rowe from New South Wales won the Open Prize for his artwork Dockland
• Dianne Tchumut from Northern Territory won the First Nations Prize for her
artwork Basket Making
• Dawn Duncan-Smith from Victoria won the new Sustainability Prize for her artwork
Knit One Tree, Purl One Tree
Robert Stephens, Founder explained, “The process of creating art is deeply personal and
provides an opportunity for true self-expression. We all view the world through a different
lens, and it takes bravery to share our views and beliefs, especially where it can be judged by
others.”
The 2022 People’s Choice Award, chosen by the public through online voting, has been
awarded to Daniel Leone from Australian Capital Territory for his sculpture, Ode to
Casuarina. Daniel will take home a cash prize of $2,500.

Mr Stephens said, “I want to congratulate and thank all of the artists whose works were
selected for this year’s exhibition for their creativity and passion – not just this year’s winners
– but every single finalist.” “I would particularly like to thank our Platinum Partner, Mineral Councils of Australia, our
Gold Partner, Canberra Airport Group, Communications Partner, OPF Consulting and our
Beverage Partner, Underground Spirits, whose support enabled this competition,” Robert
concluded.
The 127 finalist artworks will now be on display in a Public Exhibition at the Fitters’
Workshop in Kingston. The Exhibition runs from Thursday 22 September – 12 October 2022.
Entry is free.