2040 cinema tickets give away climate change FREE SCREENINGS madmen films Students free films by Caroline Russo | on May 30, 2019 | 0 comments | in Entertainment | Like it

Following the great response from families and younger audiences to Madman Entertainment and Palace Cinemas’ initiative on the opening weekend of 2040, a network of cinemas around the country will now be making free tickets for students available on the film’s second weekend on June 1 and 2*.

Supported by Screen Australia, who are also a key funding partner of the film, the initiative coincides with the global advent of student-led climate change action and the fact that the film has resonated strongly with youth audiences at national Q&A preview screenings hosted by director Damon Gameau and other experts.

2040 had the fourth highest cinema opening weekend of all time for an Australian documentary and is on track to soon enter the top ten highest grossing feature documentaries ever at the Australian cinema box office after its first week in national release. The opening week figure of $281,231 takes its box office total to $404,968. The film continues on 93 screens this week and will add another 21 in week three.

Directed by and starring Gameau (That Sugar Film), 2040 is a positive and empowering journey to explore what the future could look like by the year 2040 if we simply embraced the best solutions already available to us to improve our planet and shifted them rapidly into the mainstream. 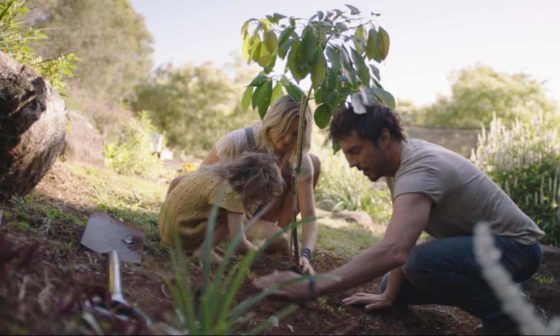 *TICKET OFFER TERMS AND CONDITIONS: The offer applies at all sessions of 2040 at participating locations on Saturday 1st and Sunday 2nd June2019. Those receiving the free ticket must be students aged 18 or under. To redeem the offer a current student ID must be shown when purchasing tickets. One paying adult must attend with each student to redeem a free ticket. The offer is not available for online transactions and tickets must be purchased at the cinema box office.

Participating cinema locations can be viewed at: www.whatsyour2040.com/student

Structured as a visual letter to his four-year-old daughter about the world he hopes she will inherit, 2040 blends traditional documentary with dramatised sequences and high-end visual effects to create a vision board of how these regenerative practices could help shape the world for future generations.

Drawing on the best minds from around the world to focus on climate, economics, technology, civil society, agriculture and sustainability, the film maps out a pathway for change that can lead us to a more ecologically sustainable and equitable future. 2040 is an aspirational film full of hope about the possibility to make changes that will shift the course for humanity and the planet. 2040 is the narrative the next generation needs to see, to aspire to, and to believe is possible.