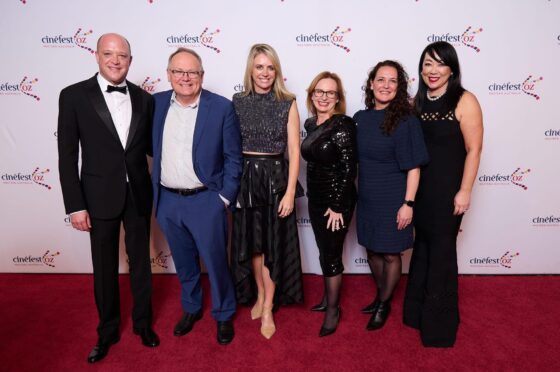 Screenwest and the WA State Government are pleased to launch the $20M Western Australian Production Attraction Incentive, as announced by Culture and Arts Minister David Templeman at CinefestOZ in Busselton on Friday night.

Together with the State’s $105M election commitment towards building a world class film studio in Perth, this unprecedented investment into the WA screen industry is designed to attract footloose national and international productions to Western Australia.

Screenwest will administer the WA Production Attraction Incentive, alongside the range of financial incentives in place to attract world-class productions to Western Australia, including the WA Regional Screen Fund and the WA Post-Production, Digital and Visual Effects Incentive.

An increase in funded productions in the State will provide more employment and skills development opportunities for local screen practitioners, while helping to unlock the Federal Location Incentive Program.

“The WA Production Attraction Incentive is a much-needed addition to the local landscape. We look forward to the increased levels of production in our State, and working together with producers and the WA Government to build a sustainable WA screen industry.” said Rikki Lea Bestall, Screenwest CEO.

WA has been home to many high-profile productions, including Blueback, Sweet As, Kid Snow, three seasons of Mystery Road, Breath, H is for Happiness, How to Please a Woman, RAMS, Ningaloo with Tim Winton and Shipwreck Hunters Australia – to name just a few.

“Western Australia has incredible, unique attributes that draw creatives to our State. This fund will enable more national and international production companies to take advantage of what we have to offer – both in terms of locations, and in terms of the skills and experience of local professionals in our film and TV industry. We will see the benefits to the local economy, tourism and businesses with the additional activity this will create.” said Culture and Arts Minister David Templeman.

The launch of the WA Production Attraction Incentive complements the WA Screen Industry Strategy, which is currently being developed by the State Government, to ensure WA is best placed to grow and develop the screen sector over the coming decade.

Screenwest has released a Sizzle Reel and Look Book showcasing Western Australia’s spectacular and versatile filming locations across our regions and metropolitan Perth, and the $20M WA Production Attraction Incentive is now open for business at Incentives at screenwest.com.au