film festival bondi flickerfest short films SHOWCASE OF FILMAKERS by Caroline Russo | on December 6, 2016 | 0 comments | in Film Awards | Like it 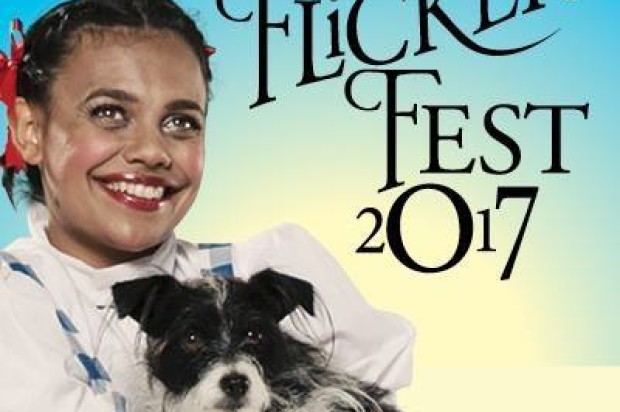 Once again the official media launch took place at the beautiful Icebergs Dining Room and Bar in Bondi Beach, celebrating the best in short film and the summer film festival season. Celebrities, industry VIPs and film aficionados alike flocked to the Bondi Icebergs to enjoy a truly fabulous night of entertainment, including world premier of the official FLiCKERFEST trailer.

FLiCKERFEST is second to none on the Australian short film festival circuit with loyal patrons of the event continuing to support the much loved and respected fixture on Sydney’s summer calendar. A selection of the festival’s fans who made it along to the launch included Alyssa McClelland, Cameron Knight, Damian Walshe-Howling, and Miranda Tapsell to name a few.

The much-anticipated FLiCKERFEST trailer was unveiled to the packed room at Icebergs. In a FLiCKERFEST first, the trailer features an all indigenous cast and crew with a Wizard Of Oz theme descending on Bondi Beach. Directed and written by award-winning indigenous director Dena Curtis, the trailer stars delightful Miranda Tapsell as Dorothy, Christine Anu as the Good Witch and Jeremy Ambrum as the Lion, Bjorn Stewart as the Tinman, Meyne Wyatt as the Lion & Alexis Lane as Wicked Witch.

Following the trailer unveiling, the launch screened the Australian premier of a new Australian film The Eleven O’Clock, written and produced by Josh Lawson, produced by Karen Bryson and directed by Derin Seale. With an all-star cast including Josh Lawson, Damon Herriman and Alyssa McClelland the film entails the story of a delusional patient of a psychiatrist who believes he is actually the psychiatrist. As they each attempt to treat each other the session gets out of control.

Festival director, Bronwyn Kidd, continues to be the driving force behind FLiCKERFEST and spoke to the crowd about the sensational year to come.

After 26 years I’m proud that Flickerfest continues to be a platform for the best of Australia’s and the worlds most talented filmmakers and I’m very much looking forward to showcasing these brilliant short films to eager audiences not just in Sydney but at over 50 venues in all states of Australia on our national tour.

Once again, Bronwyn and the selection committee have received over 2,400 film submissions this year and will handpick the very best 100 films for the 2017 programme to showcase across Australia from January until May. The Flickerfest Australian competitive programme will be announced on the 7th December; & all other programmes will be announced by the 14th December. Launching in Sydney 6-15 January, FLiCKERFEST will run in Sydney for 10 days before taking the rest of the country by storm to 50+ venues.

Tickets on-sale and full programme released on 14/12/16. Head to the FLiCKERFEST website: www.flickerfest.com.au for all the details.