AACTA Awards in film film made in australia news destination by Caroline Russo | on August 14, 2018 | 0 comments | in Film Awards | Like it 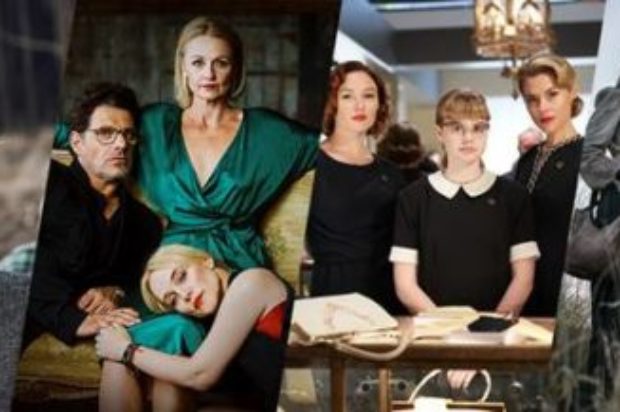 Anticipation for the 8th AACTA Awards presented by Foxtel is growing, with the Australian Academy of Cinema and Television Arts (AACTA) announcing a record-breaking 38 feature films in competition for Australia’s highest screen accolades.

AACTA also today announced the programs for AACTA Film Fest in Sydney, Melbourne and Brisbane. The Film Fest program is an all-inclusive look at Australian film, providing the opportunity to view the outstanding Australian films from the past 12 months – some of which you can’t see anywhere else – competing for this year’s AACTA Awards.

AACTA Film Fest will launch in Sydney (on 3 September) and Brisbane (on 5 September) with Wagga-filmed AFL comedy THE MERGER, which recently screened as the 2018 Melbourne International Film Festival Centrepiece Gala. Following a five-minute standing ovation at Venice Film Festival last year, the Melbourne-filmed WEST OF SUNSHINE will open the Film Fest in Melbourne on 4 September.

A LOOK AT THIS YEAR’S FEATURE FILMS IN COMPETITION

This year’s slate of feature films in competition features a breadth of genres and locations, highlighting our industry’s achievement in telling diverse stories from all corners of Australia. From thrillers, sci-fi and dramas to comedies, action and family films, the 38 competing films offer something for everyone.

The locations of the competing films also showcase Australia’s richly diverse landscapes up on the big screen. In addition to the film hubs of New South Wales and Victoria, this year’s feature films in competition have been shot all across Australia, including Western Australia (BREATH, 1%), South Australia (CARGO, THE FLIP SIDE), the Northern Territory (SWEET COUNTRY) and Queensland (SWINGING SAFARI, THE SECOND).

Testament to the energy, creativity and resourcefulness of Australia’s low-budget and emerging filmmakers, this year sees 18 diverse films competing for the inaugural AACTA Award for Best Indie Film (which honours the finest Australian films with a budget under $2 million): BIRTHDAY ADJUSTMENT DISORDER, BROTHERS’ NEST, DAD, THE FIVE PROVOCATIONS, THE GATEWAY, INDIGO LAKE, INNOCENT KILLER, JIRGA, JUST BETWEEN US, LOST GULLY ROAD, ME AND MY LEFT BRAIN, THE PRETEND ONE, PULSE, THE SECOND, STRANGE COLOURS, SURVIVE OR DIE, WATCH THE SUNSET and WEST OF SUNSHINE.

The independent filmmakers behind these films are making waves and garnering attention both at home and abroad through their innovative use of low-budgets and unique voices. The ever-changing film industry landscape has also seen filmmakers embracing new pathways to audiences, with 50% of competing films opting for non-traditional releases.

Reflecting the increasing prominence and popularity of on-demand streaming services as a distribution pathway, this year also marks the first two SVOD ‘original’ films to compete for the AACTA Awards: Netflix’s CARGO and Stan’s THE SECOND.

Forty-five percent of this year’s films were made by first-time directors, who vie for a nomination alongside leading Australian directors such as Bruce Beresford, Warwick Thornton, Stephan Elliott, Garth Davis, Leigh Whannell and competing brothers Nash and Joel Edgerton.

Fast facts about the AACTA Film Fest feature films in competition:
Nine films have female directors (22.5% versus Screen Australia’s reported industry average of 15%).
29 films were made by writer-directors (a 34% increase from the 2017 Festival of Australian Film).
35% of all award candidates are female (a 6% increase from the 7th AACTA Awards).
Over half the competing films feature prominent female leads or female-centric storylines.
Females make up over half the award candidates in seven films.
60% of competing films have screened at an AACTA-qualifying Australian film festival in the past twelve months.

“In another record-breaking year for feature film entries, AACTA Film Fest is an unparalleled opportunity to view, support and discuss Australian film,” said AFI | AACTA CEO Damian Trewhella. “These 38 films showcase a dynamic mix of genres and themes; feature a variety of unique stories that audiences often can’t find on traditional screens; highlight our increasingly diverse industry and filmmakers; and shines a spotlight on the incredible work many emerging Australian filmmakers are doing in the low-budget independent sector. I encourage people to embrace this opportunity to see these films in cinema or on AACTA TV and join us in the largest conversation of Australian film.”

AACTA Film Fest is exclusive and complimentary to AFI | AACTA members, with guests permitted to attend selected events. The full Program for each state is available on www.aacta.org. In addition to Film Fest screenings, 36 of the feature films in competition will be available to view online via AACTA TV from 3 September – available to AFI and AACTA members anytime, anywhere and on any device.

This year, AACTA will be shining a spotlight on Australian film by transforming the AACTA website into a conversation hub, encouraging and supporting broad online discussion around the 38 competing films. Guest writers from the Australian screen industry will share articles exploring the feature films in competition, the performers and practitioners behind them as well as sharing their favourite films of the AACTA Film Fest. New articles will be posted each week at www.aacta.org/aacta-awards/news/.