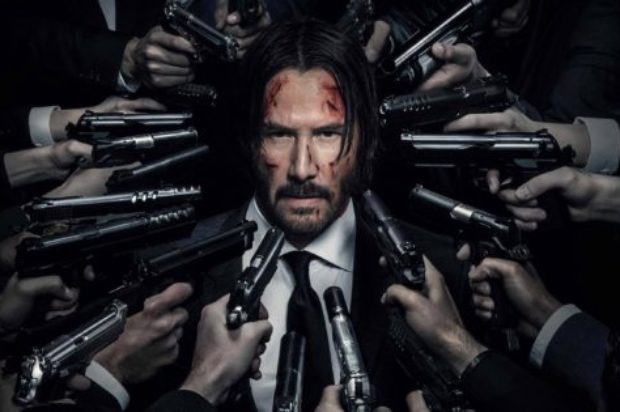 The first ‘John Wick’ was a film that I suspect took many by surprise. Having being directed by Chad Stahelski and David Leitch, a duo who predominantly worked as stunt performers (between the two of them they have such features as ‘The Crow’, ‘Spider-Man 2’, ‘The Hunger Games’, ‘300’ and ‘The Bourne Legacy’ to their credit), and headlined by Keanu Reeves, a star who was in the midst of an uninteresting career phase, there was little to suggest that this generically-plotted action film would rise above its constraints and prove a genuinely exhilarating experience. Yet that’s exactly what it did, and with a healthy monetary return and positive critical reception it would be deemed only sensible that a sequel be commissioned, one that expands on the unique universe explored in the original.

Wasting no time in commencing its story, and denying the audience a “previously on John Wick” prologue, ‘John Wick: Chapter 2’ sees our titular assassin (once again, a dialogue-limited Reeves) making good on a blood oath he took with mobster type Santino D’Antonio (Riccardo Scamarcio), who instructs Wick to take out his sister Gianna (Claudia Gerini) in a bid to take control of the family empire. As to be expected, said deal isn’t as smoothly executed as Wick would like, and it ultimately results in a serious bounty being placed on his head, which in turn ignites the interest of every other hitman in employment, turning Wick into a walking target.

As the film’s lead villain, Scamarcio proves acceptable and a formidable enough opponent, but it’s his band of henchmen that provide the real threat and carnage (Common and a muted Ruby Rose leading the charge here) and this can’t help but unfortunately highlight the fact that the film is setting itself up for a greater challenge for Wick, something that is hinted at in the final moments; of course this second chapter is having a grand old time in the process that you can’t be too bothered by it. In addition to its casting and self-aware temperament, the film looks simply stellar thanks to the cinematographic lens of Dan Laustsen (‘Crimson Peak’), with both the European and US locales bathed in a neon sheen that elevates the violent fantasy-like personality the film adopts.

With former directing buddy Leitch branching out to helm the similarly-themed Charlize Theron actioner ‘Atomic Blonde’ and, perhaps more interestingly, next year’s anticipated ‘Deadpool’ sequel, ‘Chapter Two’s reigns have been left to Stahelski who, wisely, plays it safe by maintaining the tone of the original whilst still allowing the film to form its own identity. Embracing its sense of humour and wonderful adult classification without shame, ’John Wick: Chaper Two’ sits comfortably alongside its predecessor as an unchallenging yet surprisingly investing genre piece that takes obvious pleasure in making so much with so little.