circus Circus of Illusion gold coast what on magic shows Michael Boyd’s stage acts by Caroline Russo | on June 27, 2017 | 0 comments | in Entertainment | Like it 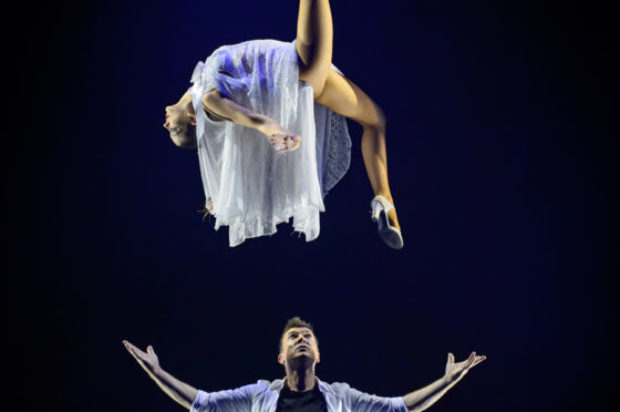 The critically acclaimed, and highly theatrical, Circus of Illusion, had its grand opening under the big top at Mitchell Park, Southport, on Saturday. 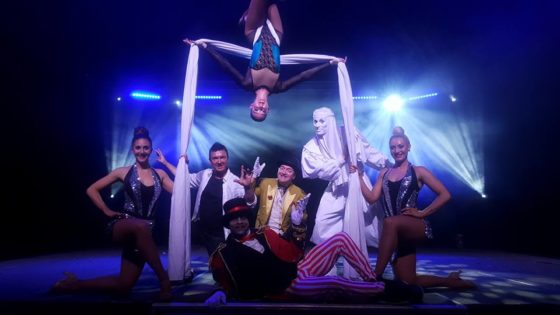 Boyd, who doubles as the producer and is known to Australia’s Got Talent fans as a finalist on that show, has opted to take the circus out of the ring and create a stage setting complete with a red curtain.

That puts an emphasis on the direction of the show, which plays out as a series of eye-catching variety acts in the music hall tradition.

However, New York born and raised ring master, Grayman, who looks as if he would be at home in Sgt Pepper’s Lonely Hearts Club Band, is every inch the showman in his stripped pants and showy military dress uniform coat.

Queensland Dance School of Excellence trained aerialist Elissa Cadwell was first up to be high above the stage with the traditional lengths of material wrapped around her lithe body as she rolls up and down the props with ease.

The featured acts each had at least two routines – although more was seen of Boyd – and Nickol’s star turn came in the second half with a comical routine on the trampoline.

Spanish circus family star Nickol, who began his professional life working with chimpanzees, delighted the children, but was hardly scary as his friendly open face was make-up free.

Boyd, who began as a professional entertainer at the age of 13 with his grandfather magician Stanley Boyd, and in 2004 played 500 performances at the Coast’s Conrad Jupiter’s Casino (recently rebranded The Star) also had a way with the kids.

He had a delightful routine with a small child from the audience who donned a large coat with Boyd’s hands poking through to do the tricks, which made the youngsters in the audience squeal with delight.

The effect created the illusion that the youngster was doing the routine, while a piece of sleight of hand magic with Thurston the duck was equally well received.

Thurston was the only animal in the show and Boyd assured his audience the act was RSPCA approved and Thurston had a luxurious life style.

Boyd was charming and personable – and had two stand out illusions but I won’t spoil the surprise – but everyone has a favourite, which brings this review to mime artist Stephen Le Forestier’s work. 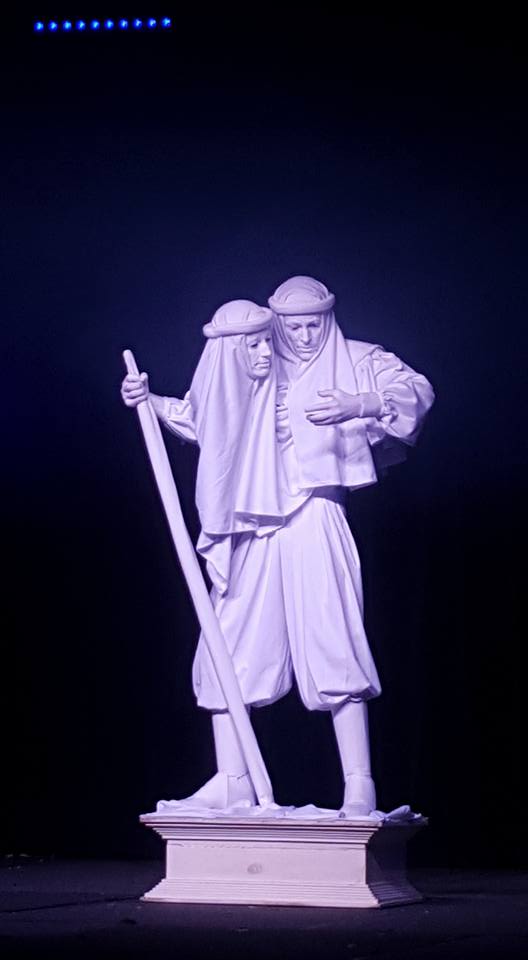 Le Forestier, who once practiced with the great French mime Marcel Marceau, remarkably created two real statuesque characters out of one in a stunning artistic piece packed with charm and humour.

And how did he do?

I haven’t got a clue and all the more enjoyed the act for that.

Circus of Illusion, which doesn’t have the epic breadth of a Cirque Du Soleil show, is a compact family presentation that boasts modest ticket prices.

A good way to introduce the kids to the world of live entertainment and the wonders of theatre and magic in one package.