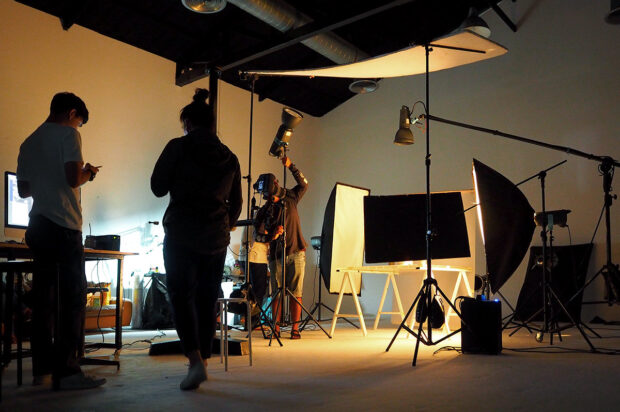 Thousands of jobs are set to flow to carpenters, lighting technicians, local actors, set designers, extras, crews and special effects experts with a $400 million incentive to attract film and television productions to Australia, both now and over the next seven years.

Australia’s relative success in managing COVID-19, compared to so many other parts of the world, means we are now in a unique position to attract a longer term pipeline of major screen productions here in Australia.

To help achieve this we are extending our screen incentive over seven years, working together with the tax system, to ensure that studios can commit to multiple productions over multiple years, guaranteeing jobs both now and into the future.

The incentive adds to a strong pipeline of international screen production activity, jobs and investment by boosting the Location Incentive program over the next three years and extending it for four more years to 2026-27.

The additional $400 million will help Australia capitalise on a growing demand to produce films and television series in Australia, attracting an estimated $3 billion in foreign expenditure and creating 8,000 new employment opportunities for Australians each year. This complements projects already supported through the existing program.

Prime Minister Scott Morrison said the announcement would create thousands of extra jobs across the country and would help back the screen sector’s recovery from the impacts of COVID-19.

“This investment is key to our JobMaker plan to create jobs, boost local business activity, and provide training and skills,” the Prime Minister said.

“Behind these projects are thousands of workers that build and light the stages, that feed, house and cater for the huge cast and crew and that bring the productions to life. This is backing thousands of Australians who make their living working in front of the camera and behind the scenes in the creative economy.”

Minister for Communications, Cyber Safety and the Arts Paul Fletcher said the expanded Location Incentive program was designed to attract back-to-back productions and establish an ongoing pipeline of work for Australia’s screen sector, which will strengthen the local industry and provide certainty for businesses to invest in skills and development.

“The Location Incentive is an economic multiplier. It will sustain the vitality of Australian screen production and support jobs and local businesses,” Minister Fletcher said.

“Through this additional commitment, the Government is telling the world that Australia is a desirable destination for screen production – with great locations, skilled crews, world-class talent, post-production expertise and state of the art facilities.”

The Location Incentive is designed to complement the Morrison Government’s existing Location Offset, providing an effective increase in the tax offset rate from 16.5 per cent to 30 per cent for eligible large budget international productions that film in Australia and are successful through the application process.

To date, the Government has announced funding of $123 million for 10 productions through the existing Location Incentive including Thor: Love and Thunder and Shang-Chi and the Legend of the Ten Rings in Sydney, Godzilla vs Kong on the Gold Coast, Shantaram and The Alchemyst in Melbourne. These 10 projects are estimated to generate spending of around $1 billion, support 8,500 local jobs over multiple years and engage more than 9,000 Australian businesses.

The expansion of the Location Incentive comes on top of $250 million over the next 12 months to help restart the creative economy, including $50 million for a Temporary Interruption Fund that will support local film and television producers to secure finance and recommence filming for productions that have largely been halted due to the challenges in accessing insurance coverage for COVID-19. It also builds on the Government’s investment of $749 million in the arts and cultural industry in 2019-20 – the largest amount ever provided to the sector.